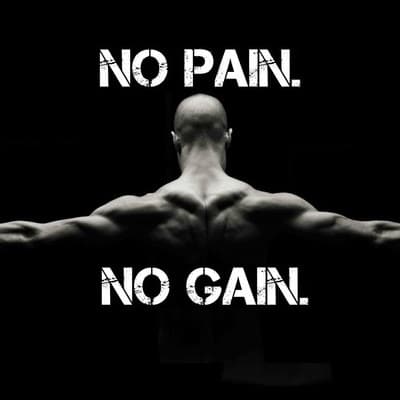 Let me take you on a journey about how I got good at playing at Warhammer 40K. Because once upon a time, I sucked really bad. But that’s ok, because I got better. You can too.

In the beginning, there was 4th edition and I played Tau. These were the days before Riptides and long before Ghostkeels, Stormsurges and badass Battlesuits from Forge World. Back then a Tau army had to focus their firepower and chip away at the foe, before closing for the kill with some Rapid Fire action. But one bad roll, one single mistake – and it all went horribly wrong. Heck, even if you played like a pro, you might only scrape a draw. And when the dice gods abandoned you, you’d just get swept off the board.

Despite all these things, I really loved my Tau army in their drab Russian green, earthy brown accents and bright orange stripes to make them (as the Americans would say) “really pop!” I spent so much time analysing and optimising the guts out of a very limited Codex and playing twice a week against my friends.

Then I went to tournaments and got wrecked.

Actually, I did alright. I had a wall of Tau tanks that ‘wheeled’ around in a crescent with my Battlesuits jump-shoot-jumping out from behind and back again. But I soon found that what worked on the middle tables suddenly didn’t work when I attended another tournament, won my first 2 games by a mile and was propelled up to table 1!

And there I met regular tournament winner Josh Roberts and his Ork Battlewagon army. Nervous, I fluffed my deployment, rolled really badly with my Turn 1 shooting and could see it was all over. The start of my Turn 2, I conceded. Call it what you will, but this resulted in my best learning experience as a player. Josh suggested that we swap armies and play again, so that he could show me how he thought I was going to beat his Orks with my Tau.

This time the Tau advanced and fell back up the very edges of the board, staying just out of assault range, while Battlesuits deepstriked in behind the Ork Battlewagons, targeting their rear armour. It was a massacre as the Tau popped each Battlewagon and hosed down each mob of Orks with close range Rapid Fire.

So what did I learn? How to play competitive, pull some real ‘dick moves’ and most importantly when to fall back, when to stand your ground and when to advance and commit everything to an attack without it going horribly wrong.

On the second day, I used what I had learned to crush my enemies, see them driven before me and hear the lamentation of the women. Ok, I didn’t crush them. I scraped some narrow wins with an army that everyone thought sucked. And they did suck! I just had to play stupidly well and couldn’t afford to make a single mistake.

Fast forward a few months and I unleashed my first Space Wolves army. The Codex had just landed and they were incredibly points effective compared to the Tau. It was like I was playing 40K with the ‘training weights’ taken off! Personally, I played the Wolves in a very reactive way, laying down firepower to weaken the enemy, before advancing and charging in to finish them off. Everything I learned playing Tau was strangely applicable to the Wolves, but with Close Combat instead of Rapid Fire.

They were considerably more forgiving than the Tau. And when I’d spent a few years playing a totally unforgiving army, where you couldn’t afford to make a single mistake, it made the Wolves deadly! It also meant that when called for I could play my Wolves in a very ‘Tau-esque’ way. Like one game against Chaos Daemons, where I fled – Sorry, made a ‘strategy redeployment’ – along the sides of the board, gunning down any Daemons that got close to remain mere inches outside of charge range.

So what’s the morale of the story?

If you want to get good at playing 40K, you need to:

We all want to run a super competitive army straight out of the gate. But if you can play like a complete buffoon and still win, then you’re not learning. However, if you can struggle with a weaker army and win, then your strategy will be stronger when you do field a competitive list.

I’m back playing Warhammer 40K after a few years out of the hobby and I’m expecting to get my arse kicked! But I know I’m only going to get good if I plan and play regularly, then attend some tournaments. So let’s do this!