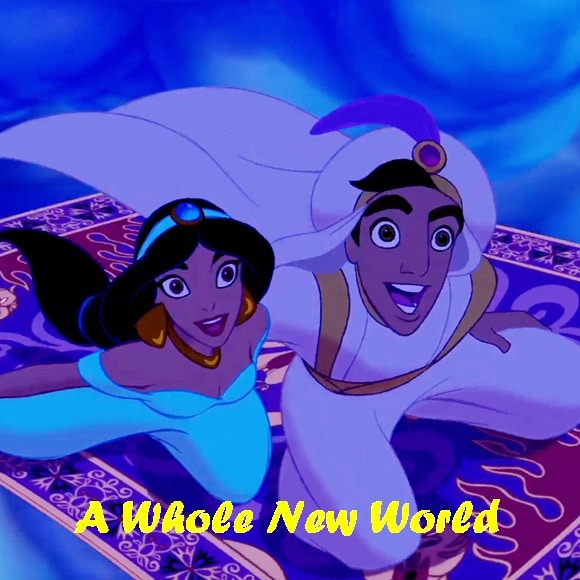 So the Big FAQ, spring edition, just dropped last week, and we are here to discuss what this might mean for the ETC going forward.  As the ETC is adopting all the beta rules (this was just confirmed by a captains council vote), there are two major changes to the game that will impact how ETC lists are built dramatically so let’s discuss them right off the bat.

The first one of course is the rule of three, which limits teams in building lopsided lists that focus on one major attribute of a unit, whether it is the hard to hit rule from having the flyer role, high durability like the Plagueburst Crawlers, or high mobility and potential for alpha like the Flyrant build. That building upon one specific trait of a key unit across a list has been a major aspect of ETC list building and team structure in the past, in the hopes of forcing a bad matchup for the opposing team as they only have one of two lists that can typically deal with a build like that. This aspect of the game comes to play into how the team pairing system works at the ETC. Basically you can force a targeted pairing for the most part for your attacking or defending type lists, so taking more extreme lists like these really pay off as you can pair it to a certain opposing army or on a certain table, to gain maximum effect out of that pairing, which in turn should see you net a max amount of points for your team as a whole. Spamming a certain unit with some of these aspects has been a thing at the ETC for years now as it really plays into the team aspect, but the arrival of the beta rules in turn means that the ‘fringe’ ETC meta as I like to call it, will be way less pronounced this year and we will see a need for coming up with different builds that can handle a variety of opposing builds and concepts. Now there are a few builds that will make it on all the teams,  but other than that it’s wide open as teams all around the globe look to replace their Dark Talon wings, Poxwalker farms and Flyrant builds with something equally effective.

With the rule of three in mind, there is another huge implication for the ETC, as the ETC governing body, the captains council, has decided to open up the possibilities in army building, letting go of the restriction that detachment types cannot be duplicated. This means that within a given army, one can now duplicate two patrols, two supreme commands, or even two batallions, if they would be so inclined. Where-as before a lot of builds would be restricted due to this limitation, in that they resolved around two key stratagems, and CP efficiency was a thing, it once again opens up the field in terms of what you can build as an army without the need for compromising too much, but also in terms of the CP’s you can generate and spend. I just made a chaos list with several key relics and artefacts, where-as before I would never have thought of even buying multiple extra ones, as I could not afford to spend the CP I would most certainly need during the battle. It seems that for a lot of armies, this will no longer be a problem when the limitation on duplication of detachments is removed, and we will see players use and have access to a more wide variety of stratagems during a battle rather than hugging their CP’s for those 2 or 3 key stratagems. IMO it will add to the experience and reward those players who will use all the stratagems at their disposal at the key moments, as it offers a certain tactical depth that could not be explored in the past due to CP limitations. It is definitely rewarding to look over all those stratagems and relics again and working on new ways how you can take advantage of them.

The second big change for the ETC meta of course is the fact that you can no longer reliably deepstrike and charge turn 1. This has two implications. The first one being that units that can start on the board and gain ground via an ability like the Grey Knights’ shunt move, via artifacts like the Dark Matter Crystal or Veil of Darkness, or stratagems like Upon Wings of Fire or Forward Operatives, or psychic powers like Gate of Infinity and Da Jump, have just become a lot more valuable for a team roster. Expect to see lots of units with these type of abilities, or with insane movement like Reavers in a Red Grief Detachment, the dreaded Saim-Hann Shining Spears, or Stormboys for that matter, as closing the distance early on and gaining some advantage by locking your opponent in their deployment zone, might just be an easy way to securing you some points and your team a victory. The second implication this has is that having the first turn is way more important than before, and I think we will see once again a race for making minimum drop armies that have a heavy impact in the shooting phase of the game, which in turn will see more reliably durable armies that can either hide key units in reserves or have some sort of modifier to hit or high toughness to resist the deluge that is coming for them turn 1.

Those type of armies will be specifically built in an effort to be pitted against these shooting heavy type of builds. More often than not, not having first turn assault with tactical reserves means an uphill battle as your opponent will be able to zone you out and you will need a couple of turns at least before you can close the gap again. In the ETC Format, this implies that you will be behind on maelstrom and killpoints in the early part of the game, which makes it really hard to come back from sometimes. Hence having the first turn, and the ability to control the board, are more important than ever. Hence,  the inclusion of units like nurglings, ratlings, scouts, scout sentinels, pathfinders, stealth suits, kroot, dominions, … and other units that can be set up in advantageous positions before the start of the first battleround, all just gained in utility and importance, and you can bet we will see a lot of these types of units on each team.

As every team is scrambling to devise a new team composition, it will be very interesting to see how every team balances out the durability vs mobility vs shooty type of builds withi their roster, as I think it is a very difficult exercise at this point to get the right kind of balance in the team and minimize the mismatches within the pairing process.  I think we will see an influx of static ‘gunline type’ armies that will just try and rely on shooting you off the board. We will see an influx of armies with the mobility and speed to beat those kind of static armies and close the gap early on (infiltrating Raven Guard assault marines might just be a thing), we will see an influx of high toughness durable models to withstand all the shooting coming at you the first turn to protect valuable units (why hello Rhino Rush and Blight Drones). Of course we are not giving away all our secrets as there is no need to give out an advantage to all those fellow ETC team members reading this, but the new FAQ should see more diversity coming to the ETC table top, and make for some great games.

Once again, a few months out before the main event, the ETC meta has seen a huge shake-up. It will be interesting to see how teams adjust and what they can cook up with the FAQ rules in place. At first glance, the changes to the game will actually portail a more diverse playing field, which will make for a more challenging and enjoyable event on the team level. We will revisit this in the summer once we have seen the list submission document so until then, we bid you good luck, to have fun, to don’t be a Tony, and to frequently ask yourself: what would Alex do.