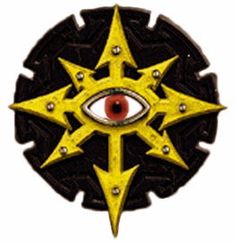 So welcome to my first blog post on Glasshammer Gaming. Every week I’ll be posting up ideas, projects, game reports and musings from my hobby for you fine readers to pick apart and discuss.

One thing you will find is that I am very much a 40k hobby butterfly I like to switch what I’m using a lot and work on many projects at the same time. I’ve played at the very highest level of 40k at the ETC for Team Scotland and love also to play pick up games using the Open War cards, where points aren’t even a consideration. So the lists and units I paint and play with will reflect this and will follow very little logical sense most of the time.

Well that’s enough of a very quick overview of what to expect of me and onto the main focus of this article and that my army list for the upcoming War in the Rift event at the Stafford Wargames show in July.

This tournament is a 1 day 1500 point event that has the following key comp restrictions, you must include a Battalion, be single faction and there are no Lords of War allowed. This is a very restrictive set of rules for me as I generally don’t use Battalions but with the change in Command Points its probably a good time to start.

The army I’ve chosen is a Black Legion list (as that’s the scheme I want to paint them in) that is based on some of my Favorite Chaos Forgeworld units minus a Spartan as its not allowed. This event is very much an excuse for me to build, paint and play with some new units so I’m not planning on going all out to win but want to be able to make a game of every round I play.

As you can see its a very mixed up army but also fairly balanced with a good although very expensive and elite shooting base and a reasonable chunk of combat units so I can move round for objectives. The missions being played are a mix of Rulebook and Chapter Approved so I’ve deliberately kept the number of drops in the list low to help get the 1st turn or the plus 1 depending on the mission played as I can not afford to be losing units turn one without them doing anything.

As this list has only just been written I’m still in the process of buying the last few bits I need and putting the models together so expect over the next few weeks to see some updates between other projects and hopefully some practice game reports to test the army out.

That’s it for this week, so what do you think, is the list awful or will it provide a nice challenge for people?