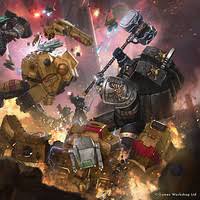 The LGT is only a few weeks away and the lads at Glasshammer are heading down for whats going to be a great event and social! A lot of big names from around the world are in attendance, with our very own UK based Josh Roberts, Anthony Chew, Neil Powell and many more, to the Americans Mike Brandt, Andrew Gonyo and Joshua Death. We also have a number of Europeans heading over so this is looking to be a great event.

The lists have been submitted, which you can find here.
The LGT team have done a great job by uploading the lists to Google Docs Drive which is open for everyone to have a look and leave comments on potential ilegal lists or incorrect points values, leaving the community to do what they do best, scrutinise and tear apart!

So I have been invited to the Invitational which is a new mini tournament held on the Friday before the main event. This is by invite only and some of the most talented players attending would have been invited. Our own Mani Cheema has also been invited to this so it should be quite an interesting event.
The Invitational will hopefully be live streamed so one of us may be playing on stream, be sure to keep your eyes peeled for future updates which we will be posting on our Facebook page.

Lets move onto what I am taking and a short analysis: 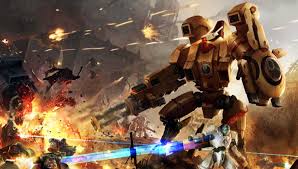 Why Tau? Well I have been a big time Tau fan since 5th ed, love the models and the gunline style game play, having to bubble wrap key units whilst reacting with correct target choices before they crash into your line.

Now the missions and terrain this year do not favour a gunline, however I wanted to use the event as a chance to test the list and use something a bit different to what we have seen so far on the tournament scene. 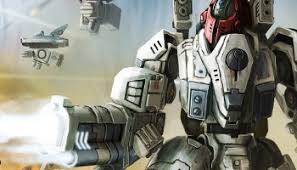 The Hammerheads and riptides provide a vital amount of SMS which, with the large amount of terrain, I will be relying on heavily. I also have a great alpha strike with the Seeker missiles and ranged shots to take out key units such as Magnus and Mortarion or some Forgeworld filth! They also have a great BS which is hard to come by in the Codex.
The Riptides are a suprise to some people, but they are not actually there just for the firepower. They are there to give me some mobility and a durable unit witht he fly keyword to push onto mid-board objectives. This is important with Tau as they struggle moving out of their own deployment zone and leaving the safety of their Overwatching Tau Sept goodness.
The Pathfinders not only give the Firewarriors added range, but give me the just to scout forward slowing down an army which may try to assault turn one, or allows me to make sure no matter where my opponent deploys I can get some markerlight hits.

The characters are all self explanatory, allowing my army to function how it should (moving out of combat and still being able to fire is amazing and should not be ignored!)
Why the large number of strikes? Well I would have more if I could (80 is a solid number) but I was stretched for points. I feel they give a little bit of manoeuvrability (aren’t effected by moving and shooting), give me that overwatch and rapid fire goodness which detracts some armies head rushing my gunline, and some objective secured which will come into play later into the game.

Now one unit I did not put in is the “Commander”. I decided that the best way to run a commander was with 4 cyclonic Ion Blasters on an XV76 frame to sit in the middle of your army, give re-rolls to hit for a turn then shoot stuff as it gets near. The problem I had was I would have to drop a hammerhead or Riptide for him and it just wasn’t worth it. The hammerhead shoots from the get go, does not need re rolls (hits on 2′;s with re-roll 1’s for the most part anyways) and the rest of the army can also hit on 3’s with re-roll 1’s so I decided he was very niche. I wanted firepower from the get go and having 146 points sat doing little for a turn isnt good enough in a game where you need to eliminate threats early.

The SA’CEA marksman gives me access the stratagem allowing me to put an area of effect of marker hits, giving my army re-roll 1’s before I’ve even shot. This is great for putting markers onto units huddled together, meaning I will always have re-roll 1’s if my opponent isn’t careful with positioning

How will the army do? Not sure, but I’m confident enough that I’ll get a good finish. Not aiming for first place, but hoping to hit the top 10 (which is achievement on its own with 440 players and only 5 games!!!)

Lets see how the other Glasshammer Lads fair and who reaches the highest place.