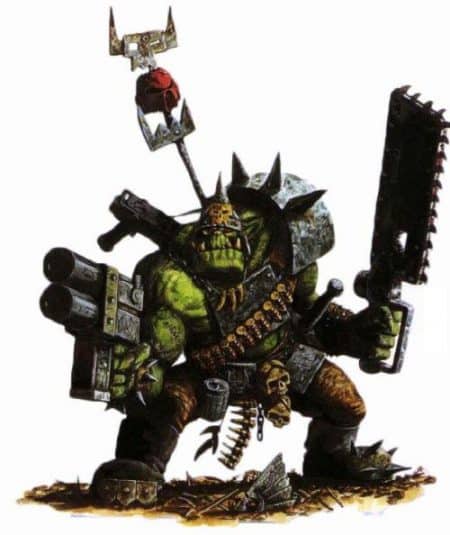 Welcome to the next series of List analysis, covering some of the top players entering this years LGT.  Today we have a guest article provided by ETC Team Scotlands very own Neil “The Power” Powell. Take it away Neil:

LGT fast approaches and like many of the registered gamers, I’m still scrambling to put my army together and get it street legal in time for kick off.

So, what am I taking you may ask?

Those of you that have crossed paths with me at events before may have noticed a common theme in my list building. I like deathstars. Big ol’ nasty blobs that push forward and force my opponent to deal with them, whilst my other units dance around and do the clever bits.

Most notably I’ve used deathstars like the Wolfkin star in 7th. Then when 8th ruined 40k I switched to Conscript blobs and then created the zombie star (#originalauthor #sorrynotsorry).

With that in mind, my immediate thoughts went to whether I could re-jigg a version of the zombie star post FAQ, using mass plaguebearers. Or, go a slightly different way and put my stock in lots of cultists or conscripts, as the FAQ has served to remove some of the things that those units didn’t like (Buttloads of Dark Talons for instance). So, to scratch that itch, I’ve decided to test Zombiestar v2 out for the LGT invitational that proceeds the main LGT event. But we all know how the zombies list works, so I’ll save you a page full of waffle.

On to the LGT proper ….. and I seem to have been drinking some of grandpa’s old cough medicine again, which means I’ve ended up a little off-piste.

For the first time in my life, I’ll be fielding those green Ork men. Well, more aptly, I’ll be fielding a lot of Ork gunz. Big gunz, Mek Gunz, Scorcha gunz and other more useless gunz. And a couple of buckets full of little snotlings. #snotlingmeta 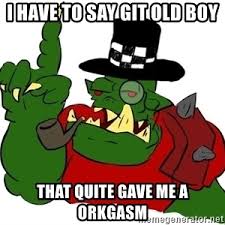 Now, I’ll field the most obvious question first. Why??

Why, is because I want to try something new, and something that could work in a Team environment, as my primary interest in 40k is Team play and representing Team Scotland at events like the ETC. We already know which lists work, so let’s see which ones don’t. No wait, I mean, which else might.

I actually think this list fares well in the ETC format, especially when pairings can be managed, and the missions are designed differently to the LGT pack. The most notable differences are a cap on KP’s and non fixed objectives, so whilst I will generally lose KP’s by the maximum 6 point difference, I will negate that with board control and clever objective placement, meaning that I should almost always dominate maelstrom and end game objective control.

However…. LGT is using different missions, and I fear that the list does not respond to them quite so well. 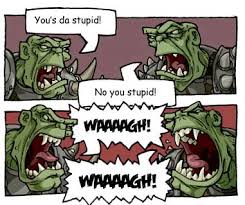 Well, it has good ranged firepower, and is surprisingly durable thanks to my Meks of various sizes and the 6 wounds the gunz have with a 4+ or 5++ save.
As for firepower, each KMK does D6 shots, S8 AP-3 D3 damage at 36 inches, and each Kannon does either 1 shot, s8 AP-2 D6 damage, or D6 shots, S4 AP- 1 damage, also at 36 inches. Not bad when you have the weight of dice.

The 3 Weirdboyz provide a solid psychic defence, and have their own powerful smite threat with an almost guaranteed 3d6 mortal wounds coming from them. Plus they can Da Jump stuff about the board which is a handy trick to have in the back pocket. Apparently.
The Painboy and his grot friend should keep the Wierdboyz juiced up for a few turns too.
I also have a few units of Kommandos that I’ll use to annoy people, and some stormboyz that have their own special role to play.

If you’re still scratching your head and wondering how this list isn’t utterly guff, fear not, as I often find myself trying to recall why I’ve taken it. And if you’re wondering whether this is the enforced debt for a bet I lost, I wish I could say yes. Sadly though, this is entirely self-inflicted.

Without giving away too many of the secrets (if I say secrets, people will believe I actually have a plan), it’s fair to say that in reality, the list operates in a similar fashion to any of the lists I’ve played before. It’s a big ol’ deathstar that moves together as one and aims to control the board with range and footprint. I mean, what’s the point in having all those gunz if you plan on actually shooting them? Spending most of my turns moving and advancing instead seems like an Orky thing to do though, so that’s reason enough for me. 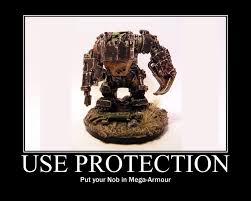 How will it fare?

The short answer is ‘probably not well.’ There’s a lot of stuff out there that can make the uncapped KP missions very tough for me. Not counting that one of the missions is Big Gunz never tire. Whoever I play in that round should just take the afternoon off, and we can have a couple of beers instead. Unless it’s Mani Cheema. Him, I’ll make work for it. ?

So, in short, expectations from the weekend are modest, but I expect I’ll have some fun games against new people. Can’t ask for much more than that.