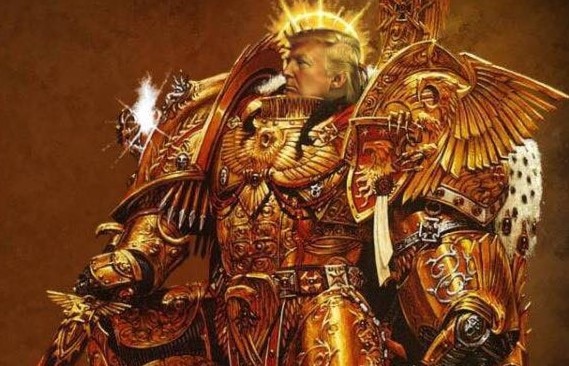 Now that we have seen a fairly big hit to the CP farm across the board, where do players now look towards their warlord traits?

Some people may still want to rely on the ability to gain a CP every turn (potentially) so the warlord traits to do this may still be the best option, but I’m going to give you what I feel is the current top 5 Warlord traits that you can still choose which effect the game in a big way without just sticking to the CP farms:

At 5 we have a new Warlord trait which I personally absolutely love from the new Space Wolves Codex: Saga Of The Wolfkin.

For those who havn’t read my post on the Space Wolves, this warlord trait is exceptionally strong if you work your army around it. At first glance, it seems pretty average, but it can stack up very nicely! The initial ability is a simple +1 attack on your Warlord. Now this alone is very useful as each attack with a Thunder Hammer counts.  Further Strategems to re-roll wound rolls and attack twice buffs this ability further.

What really makes it shine is its aura ability which comes with a small mini game. Once your warlord kills 5 enemy models, the +1 attack becomes a 6” bubble effect for friendly Space Wolves alies. This is massive. Space Wolves as an army are struggling to hit the scene at the moment, but with this ability it can help your Thunderwolf cavalry, Blood Claws, Wolf Guard etc. The bonus allows you to deal with hordes which are abundant, and all you need to do is kill 5 models, simple….right?

Next at number 4 we have the Tyranids Warlord Trait Kronos – Soul Hunger. This little gem is the biggest bug bearer (pun intended) for every Aeldari player out there.

Since this is a Kronos specific ability, your Warlord can potentially get up close and personally and shut down psycher’s exceptionally quick, and potentially kill them! This in combination with Shadows Of The Warp (which so happens to be the same range as Soul Hunter) means those pesky 2-3 wound Warlocks may most likely blow themselves up more often than not.

Lets not forget the Kronos Stratagem, causing them to take that power on only 1d6! Not only are you stopping powers above a 6 casting, but you’ll potentially cause them to kill themselves in the process! 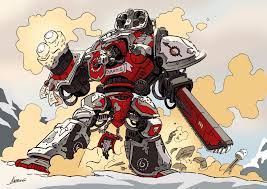 The Knight codex has really taken the meta by storm. Not only were new knights introduced, but a plethora of awesome Warlord Traits and Stratagems have made them much more impact in-game.

At number 3 we have the Imperial Knights trait: Ion Bulwark. The times of having an army of 3+ inv save knights has gone, however, thanks to this brilliant warlord trait, your trusty knight will now come with a flat 4+ invulnerable save against shooting attacks. Combine this with the stratagem “Rotate Ion Shields” and you have quite a sustainable knight. This is usually given to a Castellant knight or a Gallant helping it get across the board.

There are numerous Imperial Knight warlord traits which are exceptionally useful, but this one tips it into the top 5 choices for me simply because of the durability it gives knight on-top of their already formidable defense.

Reaching the dizzying heights at number 2 we have the Drukhari Prophets Of Flesh Warlord Trait: Diabolic Soothsayer

Now although this is to do with CPs, it is not a regen ability. It gives you 1 re roll for your warlord which is great, but also gives you D3 extra CPs before the game starts. What is extra special about this warlord trait is you can take it with the CPs you have gained thanks to the stratagem “Alliance Of Agony”. This means it is an additional free Warlord Trait which can potentially either be free or gain you even more CPs before you start.  Can’t complain with that! 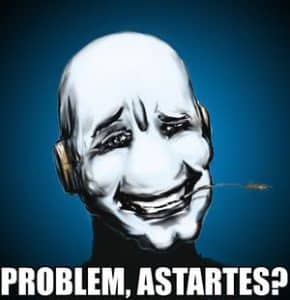 Finally, topping the chart of the top 5 warlord traits is Tau Empires Through Units, Devastation. I may be biased as a Tau player, but this ability has helped me in numerous games. Targeting those tough to kill units such as Custodes or Baneblades with +1 save etc can be very frustrating for Tau.  With this Warlord ability, simply point your army at that 1 tough to kill unit and every friendly SEPT unit within 6” of your warlord gets an additional AP on a 6 to wound.

This is the same as the Storm Of Fire ability but only works against one unit. So why is this better than the Space Marines ability? Well Tau have a LOT more firepower which benefits from this bonus and their shooting is a LOT better! Although it only works against one unit, Space Marines tend to be a rather small elite army, whereas Tau can still easily fit well over a 100 models with str 5+ weapons.

If any of you guys have different ideas of your top Warlord Traits that may see more use in the meta, leave a comment below.