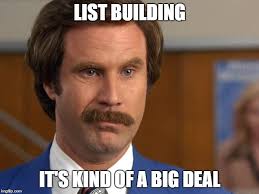 Some people falter at the first hurdle when developing a list. They do not take into consideration a number of game mechanics which may hamper advancing through the game which will lead them to victory. A prime example of this is when people decide to take the most cost efficient units which shoot well, but have no impact on the game throughout.  There are certain lists which have only one role (Tau for example can literally only shoot well), but even for Tau there are units which you take for a multi-purpose.  The end game result is to win, and in some scoring methods (The ETC as a prime example), you require to score objectives throughout the game. This is known as “Progressive”.

Progressive comes in many shapes, for some it is simple maelstrom cards which require you to push out and score objectives throughout the game and sit on objectives to draw those maelstrom cards.  Others like the ITC and ETC missions require you to sit on objectives every turn to score points.  In every mission, we can all safely say that every point counts, even if it means sacrificing a unit to gain a number of points.

When developing a list, you need to consider not just the end game or tabling your opponent (this becomes harder to do with the large abundance of BLOS terrain at tournaments these days).  You need to consider how your army will perform on the table throughout the game and against all types of lists. Having a look at the Meta locally, nationally and internationally will help identify the main types of armies you will face, so developing an army to counter those is only one step. Be sure to read the rules-pack and see how you can develop your army to not just beat those meta-armies but also score well.

Let’s take a look at the different types of units to help you achieve this:

Infiltrate has changed for some units, notably Alpha Legion, Raven Guard and Aeldari Rangers. This does not make them any less effective.  Now with progressive, you tend to score from turn 1. This means you can gain a lead and try to maintain it. If you are going first, that 9 inch pre-game move can be extremely useful in putting your units into not only a better firing position, but grab those early objectives and points. It will also help with scoring Maelstrom cards on objectives placed on the other side of the board.

When building a list, I would always consider taking some form of scouting or infiltrating unit if possible. This means that I know I can capitalise on scoring early and putting pressure on my opponent. Do they kill my useless scouts on that objective sat in cover which aren’t too easy to kill, or do they go for my triple predators ready to use the Killshot stratagem next turn. The added pressure means your opponent may make little mistakes with their target priority.

Although the nerfs in the FAQ did hurt the capability of gunline units to alpha strike, it didn’t affect the still exceptionally useful ability of deep striking a unit onto the board at a time of need. This ability applies to all units arriving from reserve, including outflanking. The ability to arrive onto an objective when you need it most and help score that extra point is invaluable and you should always consider taking them not just for the ability to Beta strike your opponent but also to gain momentum on the side of the board you have little coverage.

As above, the added pressure of deep strike forces your opponent to reconsider his tactical positioning of units. He can’t simply leave a character isolated nor can he press himself too far forward onto objectives knowing that he may lost a valuable unit to the Beta strike. Units which have an impact aren’t necessary either. Even a unit of 5 Grey Hunters in outflank can give you the means of jumping onto an objective you placed during deployment near a board edge which your opponent can’t necessarily afford to take himself.

A 65 point unit sat in cover on an objective helping win you the game. Very handy so don’t always brush off weaker units which still have a role to play. 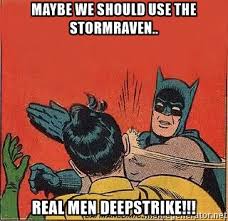 Some units are durable enough to press forward, sit there and counter attack. Now I am not advocating the use of units to simply do that, but as a multi-purpose you need to consider what your army can do or at least be able to do. Some cheap units can be thrown forwards but when it comes to elite units such as Talos and Custodes Bikers, you don’t necessarily want them to die.  Consider the best way to get them up midfield and grab objectives or pressure your opponent away from them when advancing. You can do that with multiple threats rather than just one.  It is why you see army’s with 9 Talos, multi-threat function lists tend to spam these units as it adds further pressure whilst moving up the board. You see more success with the 9 Talos Drukhari than the previous gunline Venom Spam list because it has the durability to push forwards and sit on objectives.

Nick Nanavati’s recent NOVA list was a prime example with the Grotesques. People wondered why he took them, their damage output, although formidable with the help of stratagems, is fairly average when compared to other units. As is their speed. But once you are sat in the middle of the board on those pre-0placed objectives during a progressive game, you can bet that they will be raking you up at least 2 turns worth of points which may starve your opponent into pushing forwards to deal with them, playing into your hands.

People wondered why I took Riptides before they were popular. They were point for point bad, no one understood why you would bother taking them etc. etc.  I took them because they were very durable and fast, meaning I could press them forwards onto objectives and know that, unlike the rest of the Tau army, I can grab objectives midfield and not worry about losing them early if at all.

Sometimes points efficient does not necessarily mean the list you have written is going to help win you games, so have a look at their stats and speed, consider what you can use them for and how they can affect your games. Many Armies have access to such a unit (Thunder wolves another example), and even if they seem slightly overpriced in comparison to other units, they fulfil a vital role in winning games.

Not every game will you be able to place the objectives in a useful position. Some tournaments have pre-placed objectives which aren’t in your deployment zone. Others may require you to secure an objective on the opponents side. To this end, sometimes deep striking and infiltrating isn’t enough. You need units which are fast. This is why you do not see units on foot except hordes, you need to get across the table fast to avoid the abundant firepower but also to score objectives. With that in mind, have a think about what units you need to add which fulfil that role in your army.

Let’s use Space Marines as an example. We all know space marines struggle to build an effective list which can get across the board and tends to fall into the gunline role more often than not. But sitting at the back of the board won’t win you games if your opponent’s horde is covering all the objectives for the first 3 turns. Clearing them with shooting is possible, but you need to press out and get your units onto those objectives. This is where fast units come into play. Units which fulfil a multi-role such as Interceptors or Jump Pack Captains or even vehicles like Stalkers are what I consider fast enough units. They give you firepower/combat ability whilst also giving you the ability to press forwards and are durable/small enough to get over the board. Stalkers are a prime example also of a durable and cheap unit (109 points with 11 T8 wounds) which at first glance look pretty average but as they fulfil more than one role, may fulfil a gap in your list you were looking for.

They also happen to be quite good at killing 2 wound fly units (oh…I can’t think of anyone running those…..*Looks at shining spears*). So again, some units in your codex might not be the most points efficient or useful unit, but by taking them you have assigned a role to them to assist your army’s weakness. Speed comes naturally to some units (Aeldari) and not so naturally to others (orks) but always consider how you can work your army around units which can help you during the game to its win condition. Remember, with the changes to the fly keyword, apart from ignoring intervening terrain and models in the movement phase, you don’t need to take a unit with fly. Bikers move 20+ inches so can get around terrain quite easily, and with the changes to going 2nd, you can have a 2+ save T5 2 wound biker sat on the line ready to go which isn’t a bad thing! 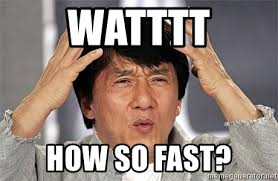 This is actually very important. How many Knight players do you see with 5 Knights? Not many. Not only for the very reason of a lack of sufficient ways to get CPs, but also because they require cheap and efficient units sat in the backfield (if not already being used as a screen) to score your own home objectives. Some people simply build their army all gung-ho like and end up wasting an expensive unit to grab their home objectives because they have not considered taking some cheap units to sit back all game and, simply, not move!

There is a fine balance, however, between efficient and expendable. Some people think you should leave expendable units in the backfield, but what if your opponent simply fires his long range small guns on them, clearing your backfield without much effort? Worse still is enemy units which can fly over your main lines (double moving shining spears for example), or deep striking/redeploying small units (BA Smash Captain).

These units can run rampant amongst your lines so be careful when considering what you leave back. The reason I put efficient is because these units still need to have some impact in the game. This can simply being extremely durable (Primaris Marines in cover) or provide ranged support (Basilisk), you need to consider what your backfield consists of and try and give them a multi-purpose role. Some people just keeps them cheap and cheerful (Guardsman or Wracks), but bare in mind your backfield will be easily removed against armies which can shoot those units from range. One example is pre-set objectives, meaning you can possibly end up with the objectives left out in the open. Having 10 Infantry Guardsman sat on that objective may be a bit risky so think ahead if you need to stop your opponent from getting to it and surround it with other units like your Mortar Teams. Have this mindset in the back of your head when building your list, as you may forget how easy it is to lose sight of your own objectives when youre trying to focus your attention on the enemy’s and midfield.

Those are some of the major points to consider when building a list for progressive scoring, but remember, these principles should be utilised when building any army. If any of you have any ideas on how you build your army, let’s hear them!