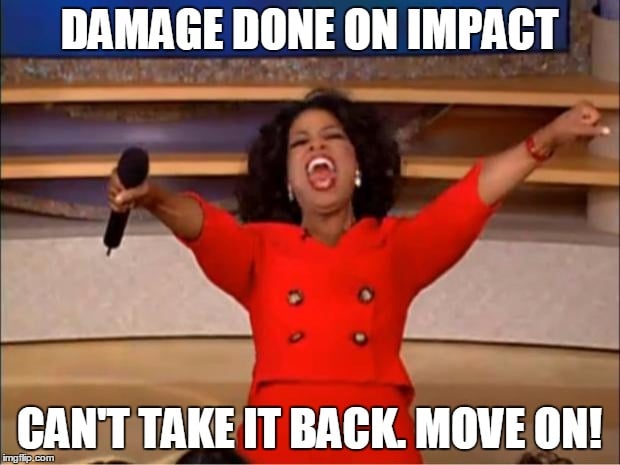 This is a hotly discussed topic, but no one talks about it? What do I mean by this? Well, throughout each game of Warhammer 40k, at some points during the game, a scenario will come up and you will have to make a decision on whether to allow it to pass, or stop.  This is something which is not covered in a tournament rules pack or in an FAQ.  What do I mean by this?

Lets begin with a scenario:

It’s the end of the psychic phase. Player A has cast 3 of his psychic powers and allocated markers to identify which unit has what buffs or any damage has been resolved.  He then moves onto the shooting phase and begins firing his Dark Reapers. He rolls the dice to wound, then stops and realised he forgot to cast a final psychic power. This could be game changing or a simple buff (does it matter?). What does Player A do? What does Player B allow?

The rules are not clear whether allowing take backs are allowed, however, the rules do explicitly depict what order of action is taken and that you move onto the next as each order is done. This is an unwritten rule, but does player A have the right to ask? More importantly, how does Player B react? What If the power he needed to cast was game changing and he does not want him to cast it? Does it make him look gamey for saying no, or feel bad? Where does the onus lie? 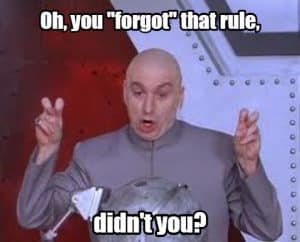 As you can see, there are multiple ways of going about this, and each one has a merit and negative impact on the game.  It is ultimately down to the player, but for some people, they would be shocked if anything but a certain avenue is conducted. For example, a hardcore tournament goer may always expect route 7 as in their mind, take backs should never happen. Some other players such as someone who plays only friendly local club games, may always expect avenue 1.  This can cause friction between players and make others feel bad or present them with an awkward decision to make.

Should a specific avenue be the norm?

This is where tournament packs may have to start covering “take backs”. Personally, if someone had forgotten something which was within a certain time frame (the next phase, even if at the end of the phase is fine for me). But of they forgot to move a unit and it is the end of the combat phase, then this is not acceptable. What boundaries are there to this and does this need to be in a rules pack? The issue we have is different players expect different things, so changing what they are used to is enforcing a certain avenue on the way they play, but as it is not covered in the rules, what is the best and most fair route to take? Most importantly, is this open to abuse? Forgetting something on purpose then once his opponent has reacted i.e. heroic interventions, charging another unit now not effected?

These scenarios could make a big impact on a game, but ultimately, it comes down to implication. If you see your opponent pre-measuring something and they think they are in, then when it comes to shooting and you are an inch out but they had plenty of movement to move them forwards, do you allow it? What about forgetting your opponent’s deep striking units, then stating that if you knew that was going to happen, you wouldn’t have left that gap? Do you allow them to move it, therefore countering you play? These are tactical mistakes, but if an implication was there, i.e. he pre-measured the distance to deep strike, what then? Mistakes happen with pre measuring whilst playing quick, and as we lads know, every inch counts!

I’d love to hear peoples thoughts on this and how a TO or even the player base should tackle it. Does it come down to fair etiquette, or playing with no take backs? Is this something that should be discussed before every game? Let us know in the comments!