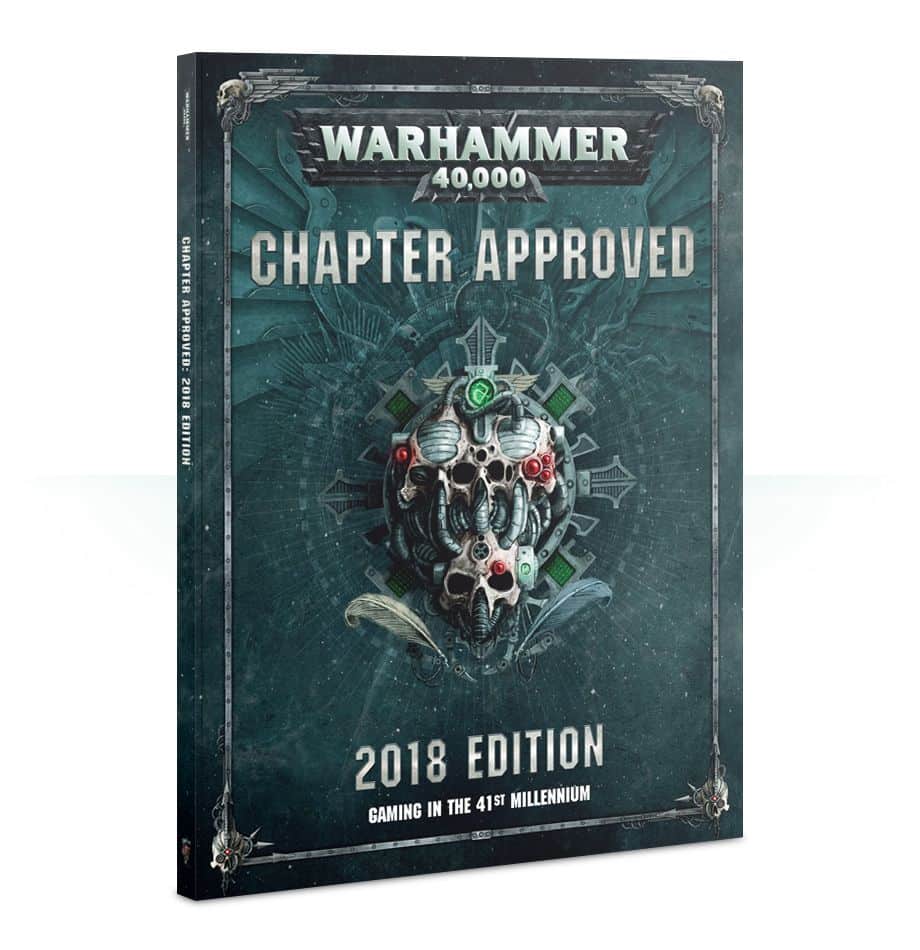 So guys, its TIME! Mani here to shower you all with a glimpse of 10 of the armies from Chapter Approved which have stood out to me in either a good or bad way. This one is for all you guys that are waiting to see which units are better now. By better I mean cheaper of course lol.

Without any further blabbering from me, as a true Ork Boss would say “Ere We Go!”

Adeptus Custodes – Custodes have had a few nice points drops but they are all for units we don’t really see on the competitive scene at the moment. For example the Shield-Captain on foot has come down in points but not the one we always see on the bike. Allarus Custodians and Custodian Guard have also come down in points which I like because it means we may see different units actually being used by players on the competitive scene. The Crazy one – Captain-General Trajann Valoris is down 65 points man!!

Astra Militarum – GUYS!! Im super psyked for guard! The points of the things that are good have come down aswell, for example a Tank Commander who is awesome firing 43 shots a turn has actually come down by 25 points. Also its now even cheaper to get a Guard Brigade in as the Scout Sentinels are down 5 points each so 15 points less to buy 3 of the buggers. Guard infantry have stayed at 4 points which is awesome as they have gained the new detachment where models in a unit can strike as they die in combat. So Catachan infantry with Straken and a Priest will have 3 attacks each at strength 4, then you will hit them back and they’ll hit you again with 3 strength 4 attacks as they go down, AMAZING!

Chaos Daemons – Not too many things which stand out for daemons, overall I personally am a bit disappointed, there is not really anything which stands out for these poor fellows. The only thing which is pretty cool is that the points of most of the Greater Daemons have come down massively meaning we may actually see a Bloodthirster or Lord of Change make the tabletop at a tournament. Now how cool would that be. Lord of Change is down 50 points and a Bloodthirster of Unfettered Fury has come down a whopping 100 points, boy did they get that wrong to start with.

Chaos Space Marines – What the HELL were they thinking increasing the points of Cultists without doing the same thing to Guardsmen or Conscripts or Brimstones. INJUSTICE! But on a serious note with some of the characters that buff Cultists like Kharn actually coming down in points it mitigates the fact Cultists have gone up a little bit. So overall cultist spam in my opinion is still a thing. That’s literally all I have to say about these guys, they weren’t really shown any love here. They don’t have anything in the Vigilus book either to my knowledge which is LAME!

Craftworlds – Piss off! These guys rule the top of the mountain and they are still there. Nothing has happened to fix ynnari, and Shining Spears have just gone up a whole 3 points. So it means the ynnari lists which are currently dominating the scene will lose a grand total of 1 or 2 Shining Spears and remain otherwise unchanged. The only cool thing is that some loved units which were overcosted have come down in points such as Striking Scorpions and the Wraithknight. However the Dark Reapers and Shining Spears are still so good that we will probably not see those cool units make the competitive lists any time soon. Sad Mani!

Deathwatch – Oh Man! I am buzzing for these guys. All you Deathwatch lovers are going to have an awesome time, the things we currently see which are awesome for Deathwatch are Veteran squads. 4 out of the 5 models which make up a Veteran squad have come down in points which is absolutely amazing. A Veteran with a Storm Shield is now the same points as a Veteran used to be with no equipment, bonkers. Be prepared to see these guys hit scene super hard man, mark my words.

Grey Knights – Arguably the worst army before Chapter Approved is not too much better but has some tasty changes. Maybe we’ll be seeing some Outrider or Supreme Command Detachment of them added to some Imperial Soup armies. This is because Interceptors which are probably the best infantry unit in the book have come down and also Grand Masters in Dreadknight Armour have come down significantly. As well as other characters like Grand Master Voldus and the big beast Kaldor Draigo is down 60 points. He is definitely a must take for Grey Knights now.

Imperial Knights – I feel bad for Imperial Knight players as the only thing which came down in points that we actually see on the table at tournaments is the Heavy Stubber and Heavy Flamer. So all the Knights are down 2 to 5 points roughly which to me is a let down considering most other armies have had some decent points drops. Knights are good at the moment but not amazing, now other armies will be able to put more stuff on the table and I reckon it will be a bit too much for Knights to handle now. Maybe we will just see a Knight in soups still, like a Castellan in a Guard army.

Necrons – I can not tell you how annoyed I am for all you lovely Necron lovers out there, because we barely see Necrons at tournaments at the moment and nothing has happened to change that at all. Wraiths are down a little bit and Warriors are down a point or 2 and that’s about it. Tesseract Vaults which were decent have been slapped up in points which is very disappointing. Overall just bugger all to help these heroes.

T’au Empire – Sooooooo excited!! I love that T’au are better now considering I just recently started collecting them. Probably the 3 best changes are Broadsides because they were already good for their points and now they’re just 25 points cheaper which is ace. Second is Crisis Suits, these guys are down 15 points and also the Missile Pods most people arm them with are down 9 points each aswell so a Crisis Suit with 3 Missile pods has come down a total of 42 points. Happy Mani. The third big thing is Farsight and Shadowsun have both dropped significantly to the point where it’s pretty much a case of taking 1 of them as an auto include in your army. Love it!

I am not doing Space Marines because that’s boring. So guys there you have it, the low down on 10 of the factions being updated in Chapter Approved. Don’t worry guys, Sisters of Battle will have a separate article written about them.

I hope that was a good read for you guys, don’t forget to tune in Friday night for the next episode of Open the Vaults where we will be talking more in depth about Chapter Approved and what all of us think about it.

Thank you all my lovely readers

1 thought on “Chapter Approved – Both Sweet and Sour!”