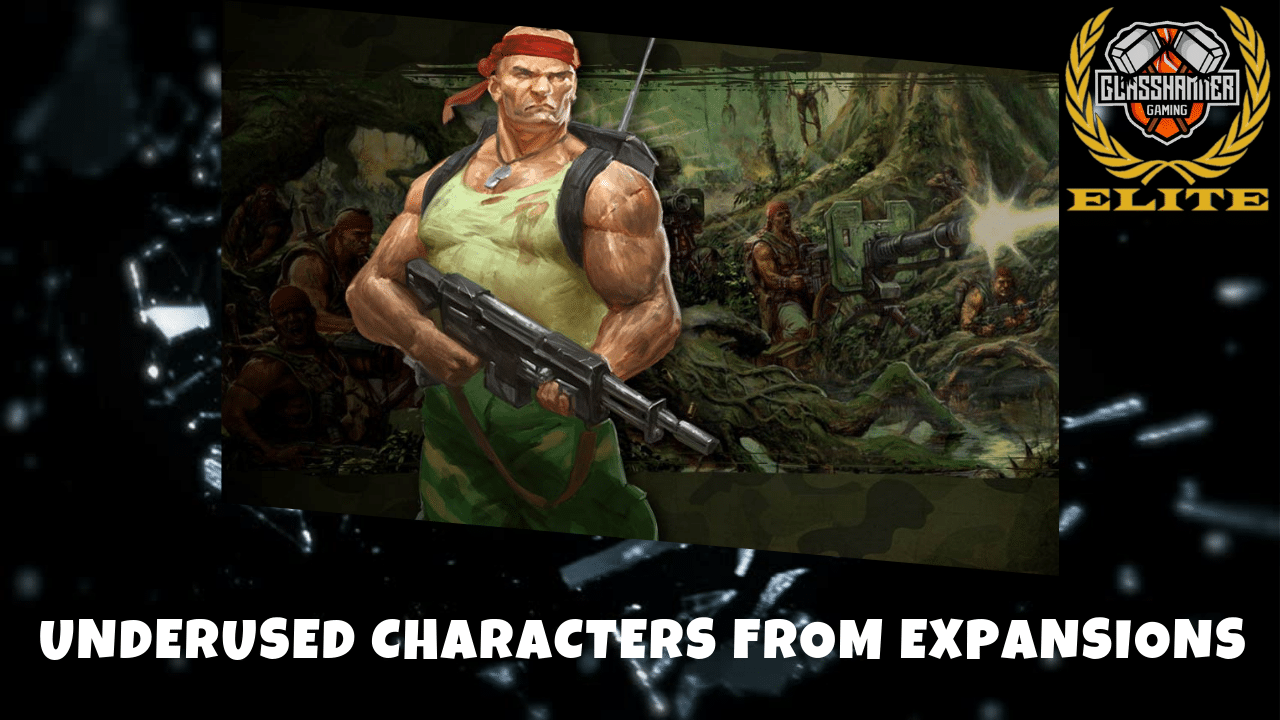 Trotter here dropping the latest article for all your viewing enjoyment!

Today I thought I would take a look at some of the characters being released via Kill Teams and Rouge Trader and Blackstone Fortress. There has been a constant flow which may have floated under the radar! I will also give my top 5 pick's of ones I think add to a competitive list! Ill explain the reason for each in a small break down as well!

Ah the legendary Catachan assassin. So this guy comes into the list because he was released  in his own box and I think is currently under used. Often used in the same manner as his imperial assassin brothers its a single model on a small base that can sneak into the enemy back line and threaten characters and holding units. When he arrives he has a multitude of options of what he can do. Need to make a charge onto an objective and kill some dudes? Stalk with a blade is your friend! He starts 9'' away can move D6 forwards and gets an extra 2 attacks, so that's 6 attacks hitting on 2's wounding on 2's vs infantry, if possible I recommend hiding behind some ruins before the charge so he cant be over watched. Reapers using fire and fade Im looking at you (If you can sneak him in).

However if sneaking isn't your style and you want him to come in guns blazing well he can! He can use Snipe with pistol (does what it says on the can) and shoot in the movement phase and the shooting phase whilst being able to pick out characters 6 shots hitting on 2's wounding on 2's can really pressure those 4 wound models. With the ability to do this multiple times in a game and only being 55 points things are looking good for old Sly. Especially with the amount of Catachan hordes we are currently seeing in the meta. The reason he is 5th is his points cost and he doesn't help as much as the others in the list building or force multiplier.

So this guy come's from Blackstone fortress hes an elite choice for Tau. The reason he has made the list is because he adds some mobility for Tau and is easy to fit into a list. He is able to start the game in reserve and is a mere 20 points! He's not going to go around knocking out characters and units but what he will do is give the enemy something else to think about. He has 3 wounds a 4+ in cover and is a single model so very easy to hide into the opponents deployment zone either for line breaker or taking an otherwise unreachable objective marker/tactical objectives such as 'Behind enemy lines'. He also has the ability to do a cheeky D3 mortal wounds! Or D6 vs units of 10 or more during the enemies movement phase, so if the enemy leave a unit holding an objective there is the possibility of killing a few and forcing some morale checks!

Now for the top 3 and i can guarantee you didn't see some of these coming...