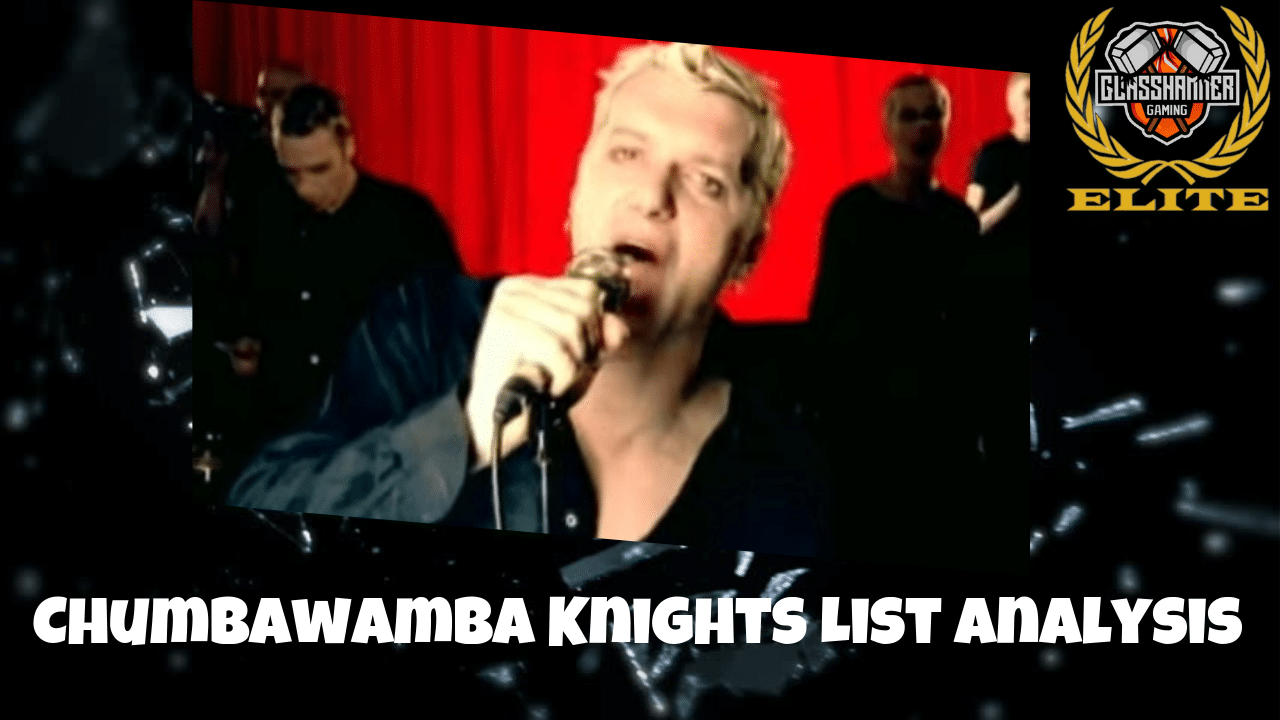 Hello Everyone! Trotter here again! The dust has not long settled over Battlefield Birmingham's Warhammer 40,000 tournament and man what a weekend! It was very well run by Harry and Dan, so well done lads and congratulations on a great event!

Looking across the scene at the weekend it was fairly obvious (More knights than tables! That's over 55 from 110 players at least!) that the love for knights was still strong and the terrain really supported the army with few pieces of line of sight blocking, our typical overlords of Eldar not willing to show their faces on mass but as a trade off, far more Tau than at a typical event.With so many knights in the room It was little surprise that certain lists were on the rise over others! With knights the common trend was no Castellan (Perhaps readying for new FAQ? Watch this space!) which meant more CP's to be spent else where!

So what did people run instead? Well lets take a look over the winning list, break it down and see if we can identify the tricks and why it did work so well!

Total CPS: 17
Wow! 17 Cp's and with the ability to get command points back this is a huge stock but we'll go into the reasons later of why we need such fuel for the list!

Super-Heavy Detachment +6CP : Imperium - Imperial Knights
Household Choice: House Taranis, Questor Mechanicus
OK, so lets take a look at this house and its importance. So Taranis is known to be the 'tanky' of the house holds with its household benefit being that the knights gain a 6+ save vs wounds which weren't mortals. Which is great! Over the course of the game your knight has 24 wounds and with a 1 in 6 chance he is likely to pass 4 saves which means hes effectively 28 wounds, if not more with a bit of luck! (Please Mani don't do it to us!)The main importance of the Household however is the stratagem which leads to the name of Chumbawamba Knights!

That's right! That big awesome knight you just killed is back! The key to this knight list is saving for CP's for Rotate Ion Shields, keeping your knights alive then bringing back, on a 4 or more with a command point re-roll! The key is not to spam your re-roll's on those 1's or failed charges! Diligent usage is required.  But it doesn't stop there! That knight who's back on D3 wounds is Mechanicus which means it gains access to the best stratagem in the codex!
You guessed it, hes back and acting at full health! We always talk about how much damage you can deal to a knight, the new question is can you kill it multiple times whilst it trades with you at full firepower?

Now to give these unkillable robots some tricks :) Thats where the Ad Mech comes in with some keyword shenanigans...

To read the full breakdown of the winning lists Join the ELITE and get great content like this every week!!

Forgot Password
Category: Tactics & Meta
Tag: Elite
They were quick and helpful would happily purchase from them again!!