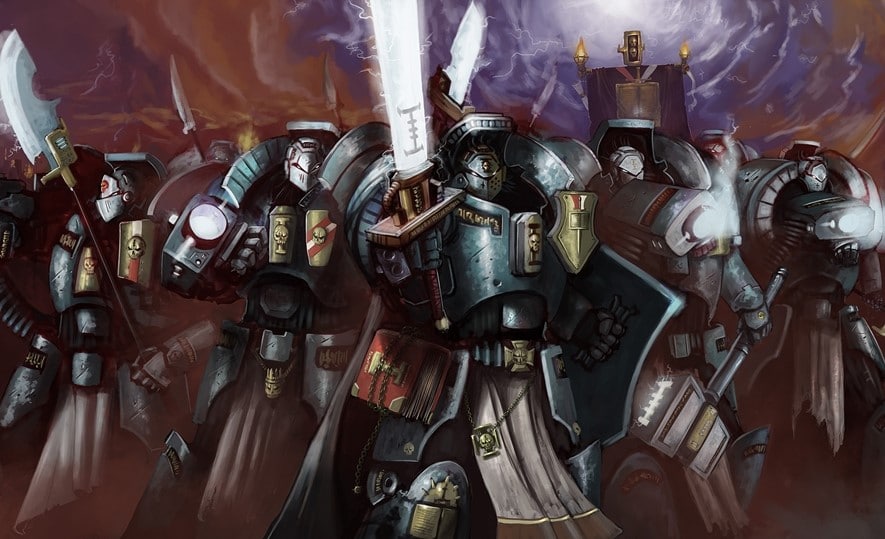 Big up yourself guy’s!

So first were check out the list! Then were get down to the questions! (By the way, this list is so sweet!)

Bear: So Erik tell us a little bit about your yourself and the hobby!
My name is Erik Lathouras, I’m from Brisbane Queensland, Australia and I’m 21 years of age. I’ve been playing 40k now for about 8 years and competitively for 7 of those years. It’s definitely been a long journey but I’m grateful for everyone I’ve met along the way, you don’t just meet someone across the table and that’s all you hear of them in this game, you really do meet some long life friends. In the last 2-3 years my competitive resume has really skyrocketed taking out Cancon, QLD masters, and steering the ship for the QLD team for the Australian Team Championships to multiple back to back victories. Over the years I’ve had experience with every codex and i can safely say my favourite is definitely the Tyranids, there’s just something about the alien race I can’t look past.

Bear: Erik what has been your best 40K related moment or achievement?
Erik: My Greatest 40K achievement would definitely be winning Cancon 2019 in January this year, this was the biggest event I have attended to date and it certainly felt awesome taking home the gold with my favourite faction.

Bear: So Why Grey knights!?
Erik: So recently I attended Briscon run by the great guys from Normal Blokes Wargaming and sponsored by Queensland Gamers Guild and after 6 months of playing nothing but Tyranids I decided why not try something different, the problem with this and I’m sure many others have the same issue is how do you decide on what to play next? So I made a public post on our club’s Facebook page (Godhammer Gaming) allowing the greater community have a say on what faction I would play at the next event. This was of course the Grey Knights being arguably the weakest faction in the game right now. I was actually okay with this as Grey Knights are an army I’ve liked the idea of for a long time, so I had no issues with finally having an excuse to put the boys in silver in action!

Bear: So after Others voting what made you select the units you did to include in your list? what was your thinking?
Erik: When I had been locked into Grey Knights I started at the old favourites from 5th ed… the paladins, I had actually been toying with a list idea that included them for a while so this was more of an excuse to really put them to the test. I spent ages mucking around with what would best support a 10 man pally unit and was having no luck, so i decided I would give land raider crusaders a shot using the new bolter rule and these were working well for me.

I ended up playing a couple of games against the imperial fist centurions and some other lists that were including a couple of elite units that would hide or some annoying vehicles, so I substituted the crusaders for godhammers and this just clicked. Using astral aim on 4 re rolling to hit lascannons with ignores cover is actually no joke, it really just filled a gap that i was struggling with for a while.

Because land raiders have been dead for so long and knights have been fading out a little bit over the last few months a lot of the top meta lists weren’t running many answers to heart toughness 8 though the mid field was full of stray castellens and just weird units that were good at dealing with them. So I figured if i could get up early I would hopefully sit in a place where I’m fighting things like daemons/ynarri/tau/deathwatch, it’s not like any of these are easy but at least they weren’t picking up half my list and deleting it turn 1.

Most of my games were pretty hard fought and you can watch three of them on https://www.twitch.tv/downunder_network/videos but I really put a stamp on Grey Knights being the daemon killers they are suppose to be 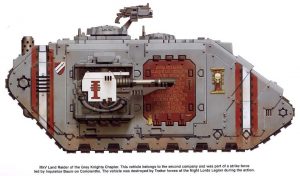 Bear: So what worked well? And what do you think you would change?
Erik: Utilising things like astral aim on lascannons to put the pressure on or cripple elite units trying to hide can just turn the game really quickly, casting gate on a land raider full of purifiers to deliver mortals the turn after you’ve just created a new threat on the other side of the table is honestly such a crazy asset to just have in your back pocket.

There really is a lot of hidden strength in this book despite what people may think, if i was to do it again the Dread Knight would honestly be the first thing to go, something I would really like to stress test at some point is 3 x 10 purifier’s and 6 razor backs/ rhinos backed by the paladin star.

Bear: So whats next!? What about the boys in Silver?
Erik: Moving forward I’m unsure if i’ll continue to play GK, I was pretty excited to let the community vote for what codex they would like to see me play so I may continue with that, but for any fellow GK plays i strongly suggest the paladin unit and as weird as it sounds the purifiers are seriously worth the look in, the ability to do 2D6 mortal wounds as a defensive reaction is worth a lot IMO but just be sure to include vehicles and or assassins for smite catching as you would all know mortal wounds are a Grey Knight’s worst nightmare.

Bear: So if people would like to hear more about your exploits or follow you how can they do so?
Erik: If you’d like to follow my adventures and challenges a little more or simply see whats going on in the Australian meta, have a look at our Facebook page https://www.facebook.com/GodhammerGaming/ or follow my blog The Hive Mind ( https://thehivemindqld.blogspot.com/) Big thanks to the Glasshammer guys, I appreciate you taking the time to hear from me and hope to see you guys at ETC.

Much love all from the Bear!