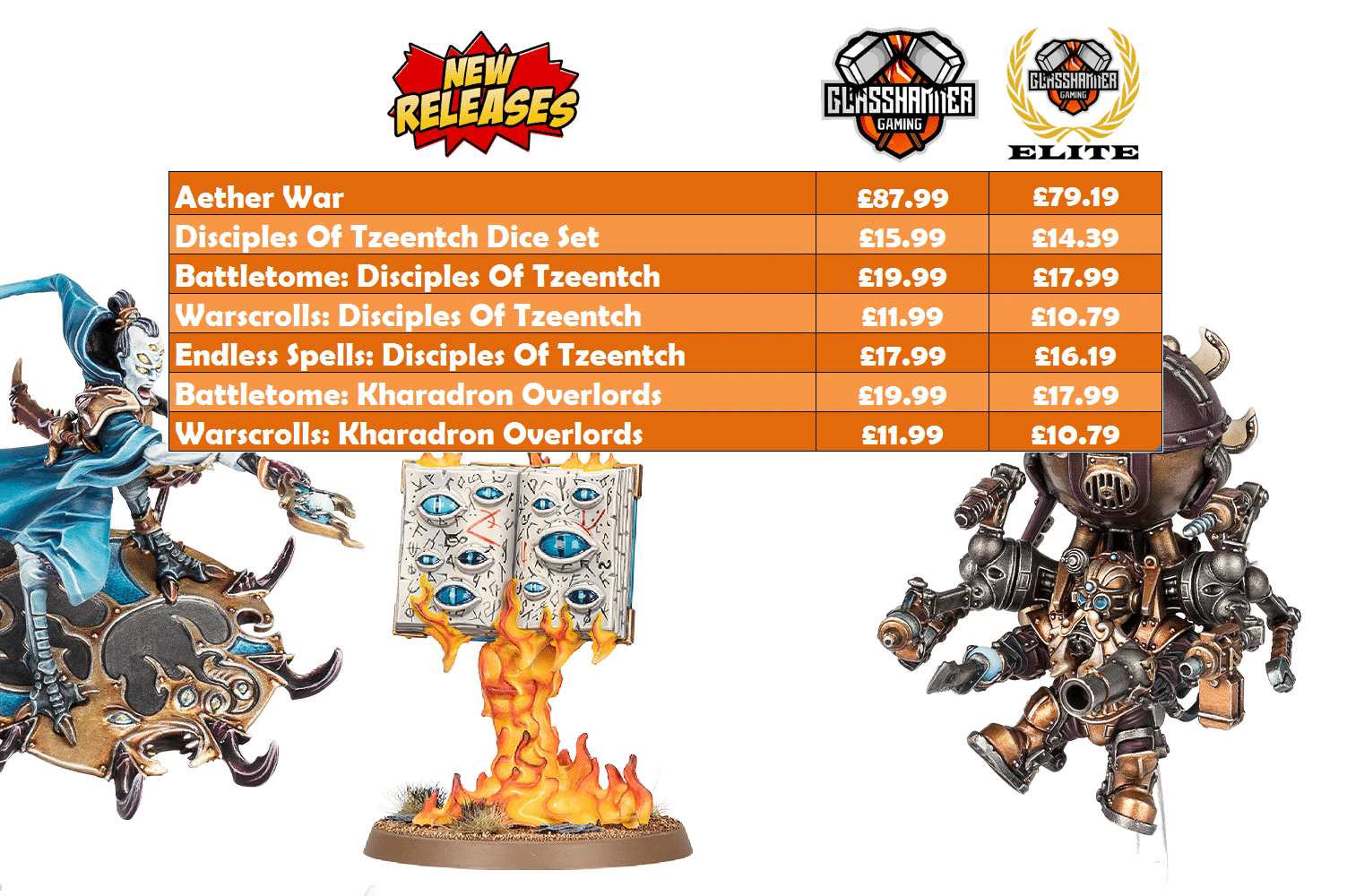 Aether War brings you to the heart of the Spiral Crux in a battle for profit, plunder and arcane secrets. Like other battleboxes, this jam-packed set contains two armies, brand-new Heroes and lore, alongside rules for gaming with it all. But unlike other battleboxes, Aether War has a twist – everything in the box can fly, and all the games you play use the updated airborne battles system found in the box.

This set contains a vast array of Kharadron Overlords and Disciples of Tzeentch models, including two new champions available for the first time in this set! The Endrinmaster with Dirigible Suit is ideal for accompanying your Endrinriggers into battle and keeping pace with the ships he’s assigned to repair, while the Magister on Disc of Tzeentch allows you to flit around the battlefield zapping enemies into Chaos Spawn. Aether War is brilliant for starting or expanding a Tzeentch or Kharadron Overlords army.

Tzeentch and Kharadron Overlords have long been some of Warhammer Age of Sigmar’s most popular armies. With ambitious battletomes from the first edition of the game they helped lay the groundwork for mechanics now available to every army, like sub-factions, customisable allegiance abilities, as well as innovative and thematic army-wide mechanics.

Now, both factions have seen a significant update, bringing them in line with the latest edition of the game and making them more rewarding, thematic and fun to play than ever before. And don’t forget the warscroll cards! These invaluable quick-reference cards make checking your rules mid battle simple

Check out all the new Pre Orders in the Glasshammer Webstore