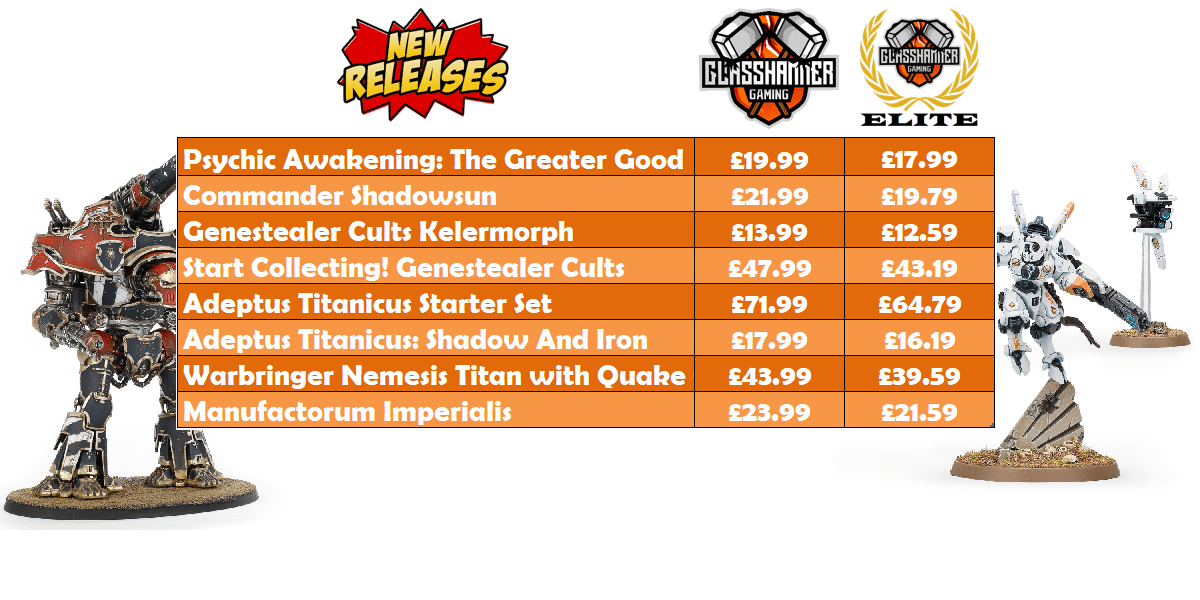 The Genestealer Cults are also getting some reinforcements of their own, in the form of a new Start Collecting! set and legendary gunfighter, the Kelermorph!

This impressive set includes 2 Reaver Titans, 2 Warhounds, and 2 Cerastus Knights, plus all the tokens, dice, and counters you need to play the game. Split it with a friend for two balanced forces, or keep it all to yourself – we won’t blame you. None of these models overlap with the Grand Master Edition, so established players will want in on the action, too.

We also get the release of a completely new class of Titan – the Warbringer Nemesis. Even though it’s about the same size as the Reaver class, its main armament is a Warlord-grade quake cannon!

If you’re looking for new ways to play your games, the Shadow and Iron book is for you. The third supplement for Adeptus Titanicus focuses on the aftermath of the Betrayal at Calth, including new missions, maniples and rules for stringing games together into campaigns.