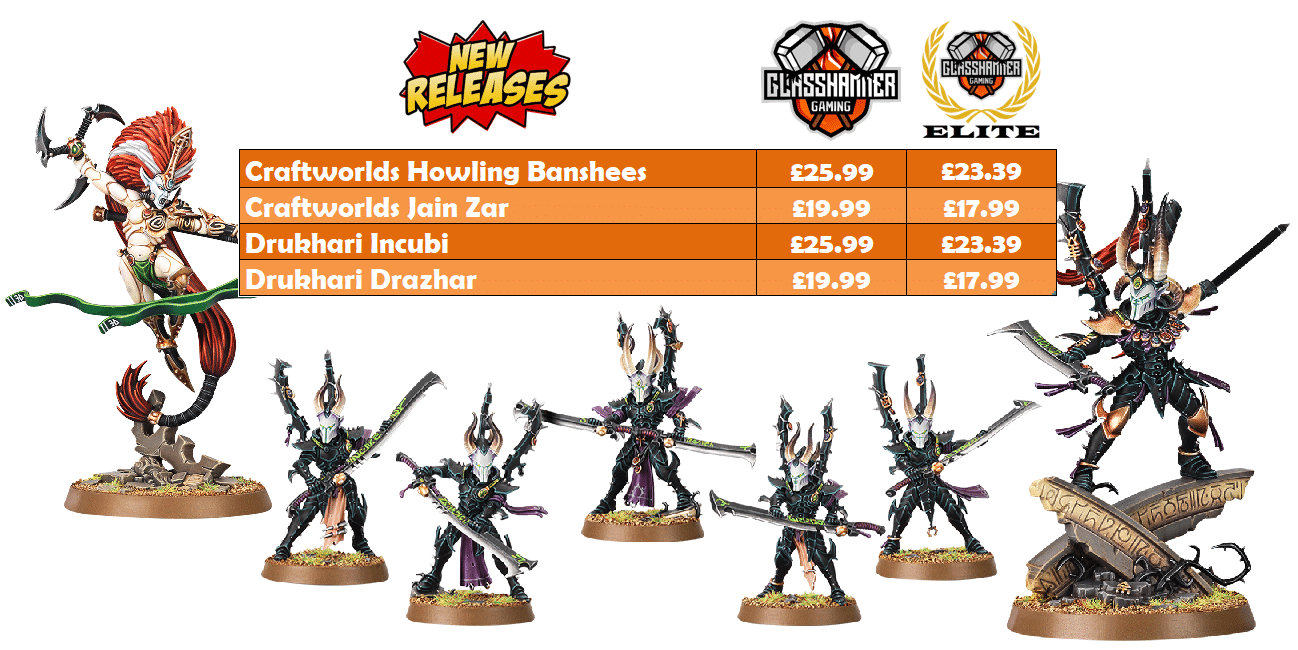 The new models from the Blood of the Phoenix box are now available to pre-order.

Jain Zar
Jain Zar is the Phoenix Lord of the Howling Banshees, perfectly encapsulating the duality of the Bloody-handed God’s fury and grace. This model is an absolute stunner, capturing one of the finest warriors of the Craftworlds as she twirls and leaps, practically dancing through the air, wielding the Blade of Destruction and her triskele Silent Death to lethal effect.

Howling Banshees
Joining their esteemed leader, you’ll be able to pre-order a box (or three) of updated Howling Banshees Aspect Warriors in plastic. Each kit of five includes both helmeted or bare headed options, and they’re armed with the iconic shuriken pistol and power sword pairing. You can optionally build one model as an Exarch, with a choice of four different heads and several weapon options, so none of your Exarchs need look the same.

Drazhar
The Master of Blades leads the murderous order of Incubi as their Executioner, the performance of his bloody duties the only lesson he offers them. The model is posed as though he’s accepting his next duel, wielding one of his signature demiklaives in each hand. You’ll want to add him to your Drukhari army to both eliminate priority targets and make nearby Incubi even deadlier.

Incubi
These mercenaries and assassins carry wicked-looking klaives, two-handed weapons that allow them to slice through even heavy armour with ease, scything down elite infantry in a fountain of gore. Their sinister horned helmets and trophy racks are designed to strike terror into their foes, and their reputation is fearsome indeed. One of the five models can be built as a Klaivex with a pair of demiklaives, with a profile for linking them together or using them separately to unleash a flurry of blows.