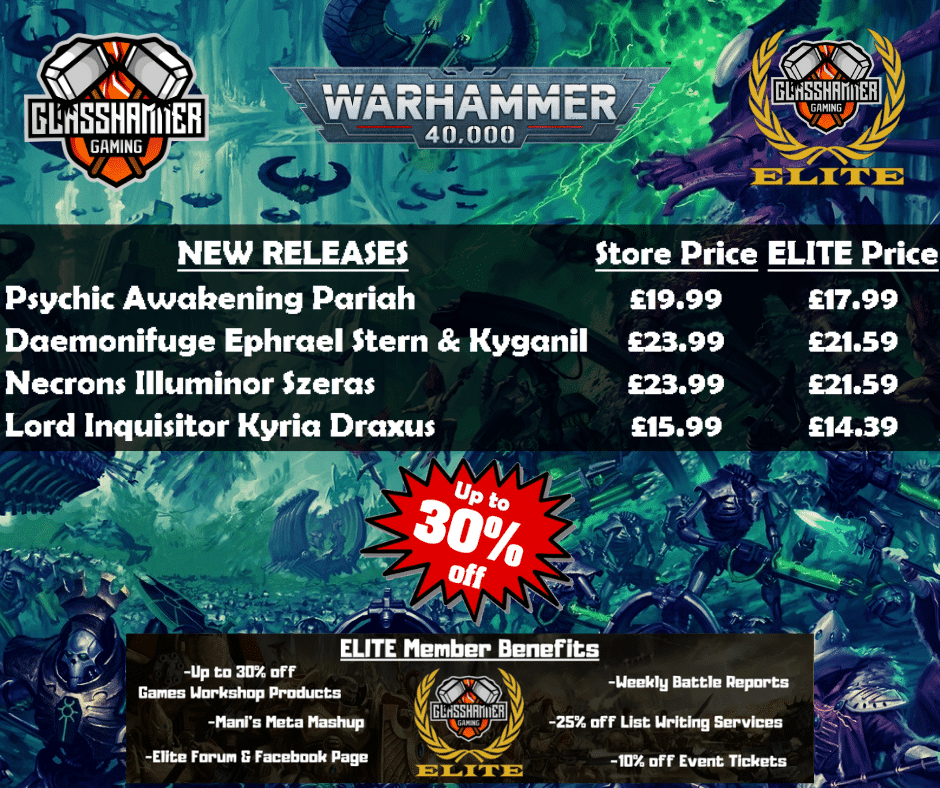 It’s the epic conclusion of the Psychic Awakening saga with the release of Pariah. There are some fantastic new models on the way that tie in with the finale.

Pariah includes the details of Humanity’s horrific battles within the Pariah Nexus, along with new missions to let you recreate the key battles of the war. There are rules for using the Inquisition in Warhammer 40,000 including datasheets, Stratagems, Warlord Traits, the Telethesia psychic discipline, and now it’s easier than ever for them to join Imperium forces.