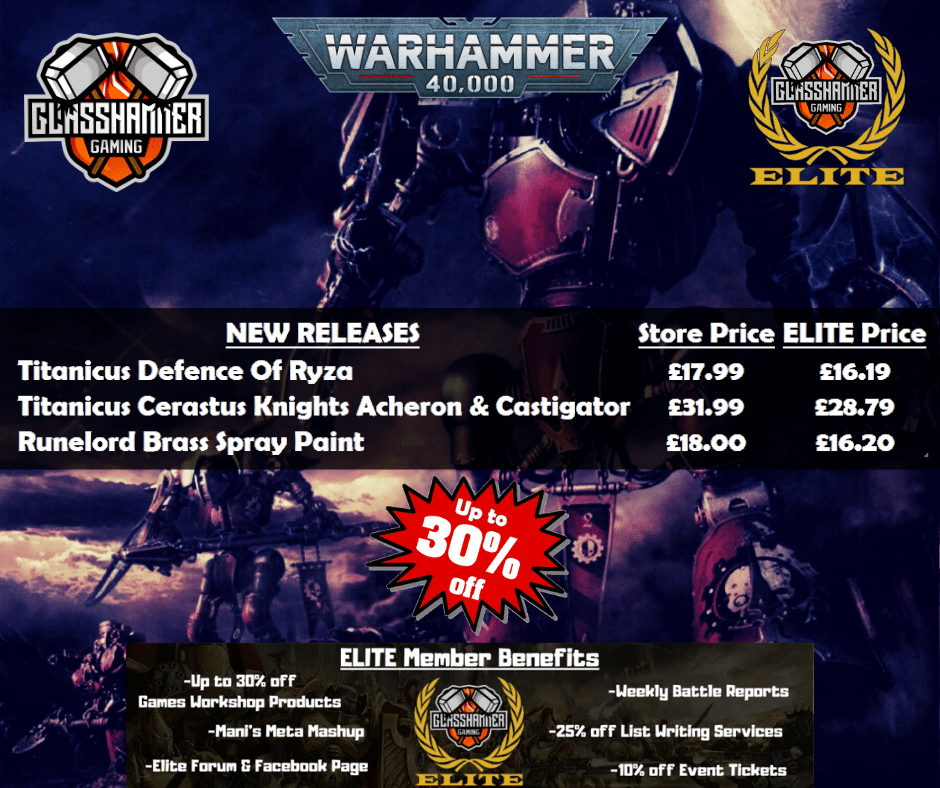 Fighting for the Forge World

Alongside narrative missions, The Defence of Ryza includes rules for four new Titan Legions, four new maniples and six new Knightly Houses. The most exciting feature in the new book is the rules that allow you to create your own Titan Legion!

If you’re fighting over one of the most productive forge worlds in the galaxy, you’re going to need some reinforcements. Cerastus Knights are feared as weapons of extermination. A new kit will allow you to unleash four of these fast and deadly war machines in your games of Adeptus Titanicus

Brass is the New Black

Whether you grabbed Indomitus on pre-order, Made to Order or you’re picking one up in a store on Saturday, you’ll want to pre-order the new Citadel Colour spray paint on the 25th. It’s Runelord Brass in a can, and it’s the perfect way to basecoat Necrons from the Szarekhan Dynasty quickly. In fact, it’s ideal for basecoating ANYTHING that you want to be brass coloured.