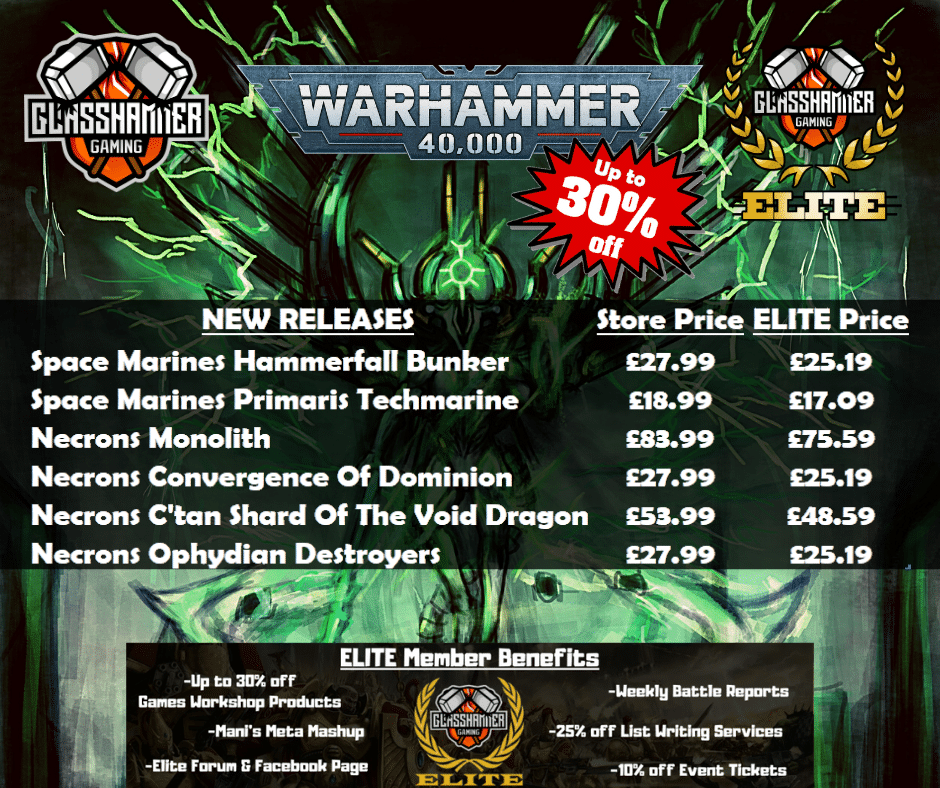 In addition to serving as an incredible army centrepiece, the C’tan Shard’s reality-bending powers are nothing short of apocalyptic on the battlefield.

The C’tan Shard of the Void Dragon holds unrivalled power over the war engines of lesser races and can effortlessly unmake them. To make matters worse for its hapless victims, it can even absorb the broken remains of enemy vehicles to restore its own vitality. To be fair, though, no-one said that facing the bound essence of a star god in battle would be easy!

Pretty epic, huh? And there’s more. Here’s everything up for pre-order right now on the Glasshammer Webstore: