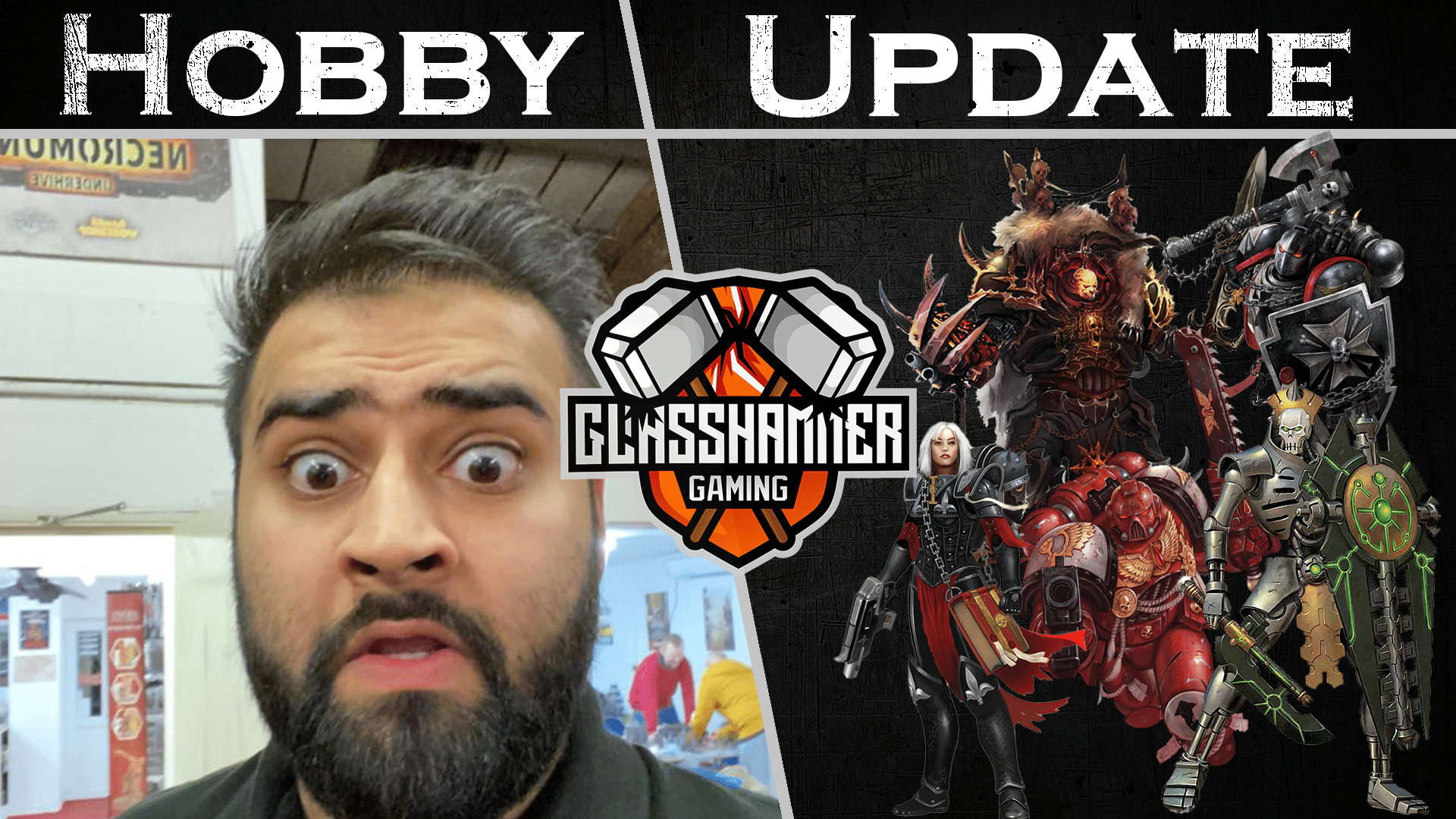 Let’s have a look at what the team has been up to this week in the Glasshouse!! 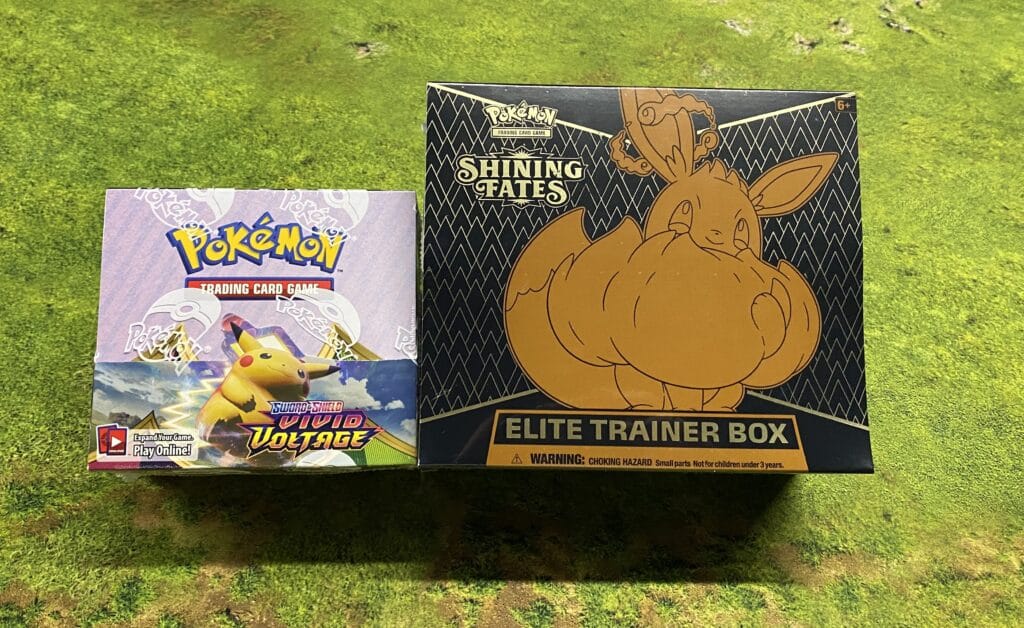 Some new Pokemon cards have arrived and been added to the website. These are some of the “harder to get a hold of” boxes so if you are
after some, head over to the store now and get yours while the stock is there.

The team are thinking of learning how to play the game after seeing how cool some of the Pokemon in these sets are, how would you Pokemon
fans recommend getting into the game for beginners?

For all you awesome ELITE members, keep an eye out because Dan has been working hard on a new feature that you will all be able to enjoy.
We are all excited for it because the plans that he has for it sound like they’ll make the ELITE feel like a lot more of a community. 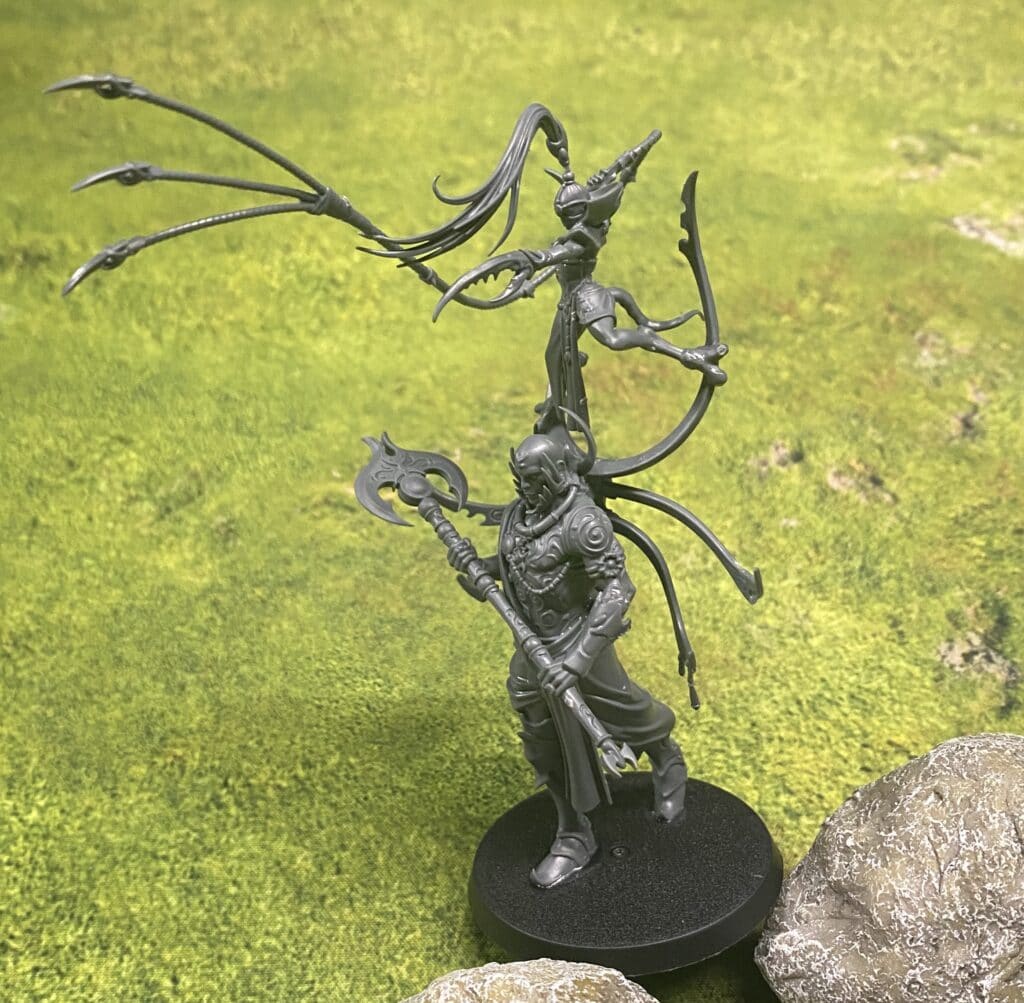 Mani has fallen in love with the Keepers of Secrets in the Monster Mash Chaos Daemons army so he decided to add another character to the
collection in the form of Syll’eske the Vengeful Allegiance. What a cool model, if you’re thinking of starting Daemons then Slaanesh definitely
have one of the coolest model ranges in the game.

Then we think the glue went to his head or something, because he decided that it would be a great idea to buy 90 Daemonettes and 6 Fiends
so we can run an entire Slaanesh Daemon army on future Battle Reports. He did manage to build them all, but it’s Mani so who knows when
they’ll actually get some paint on them and see some game time. 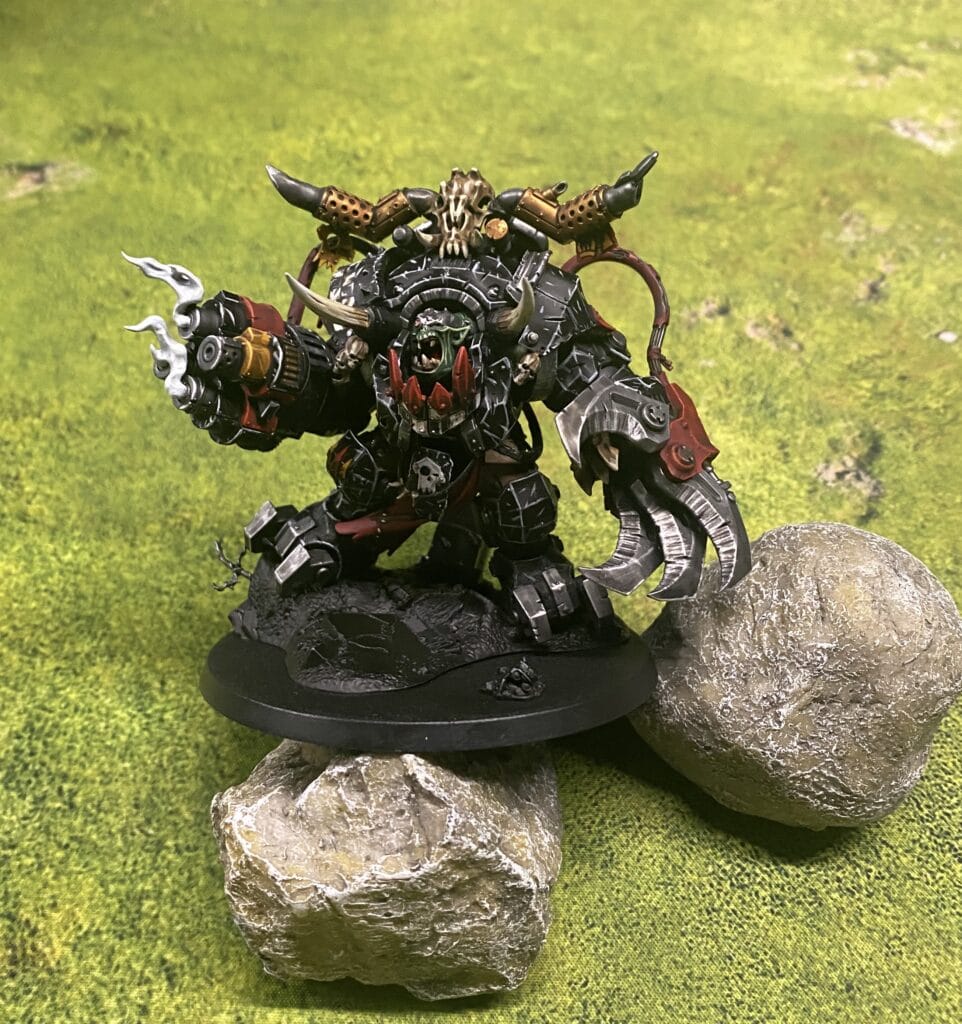 Now forget about what Mani’s been doing, check out what Dawid is working on currently. Da Prophet of Da Great WAAGH himself, Ghazkhgull!!
How awesome does he look. As the Orks are about to start seeing more action in games, we thought there is no way that you don’t include
the big boss so Dawid took it upon himself to get Ghazh ready for action. Any Ork fans out there, get your hands on this model if you don’t
already have one. 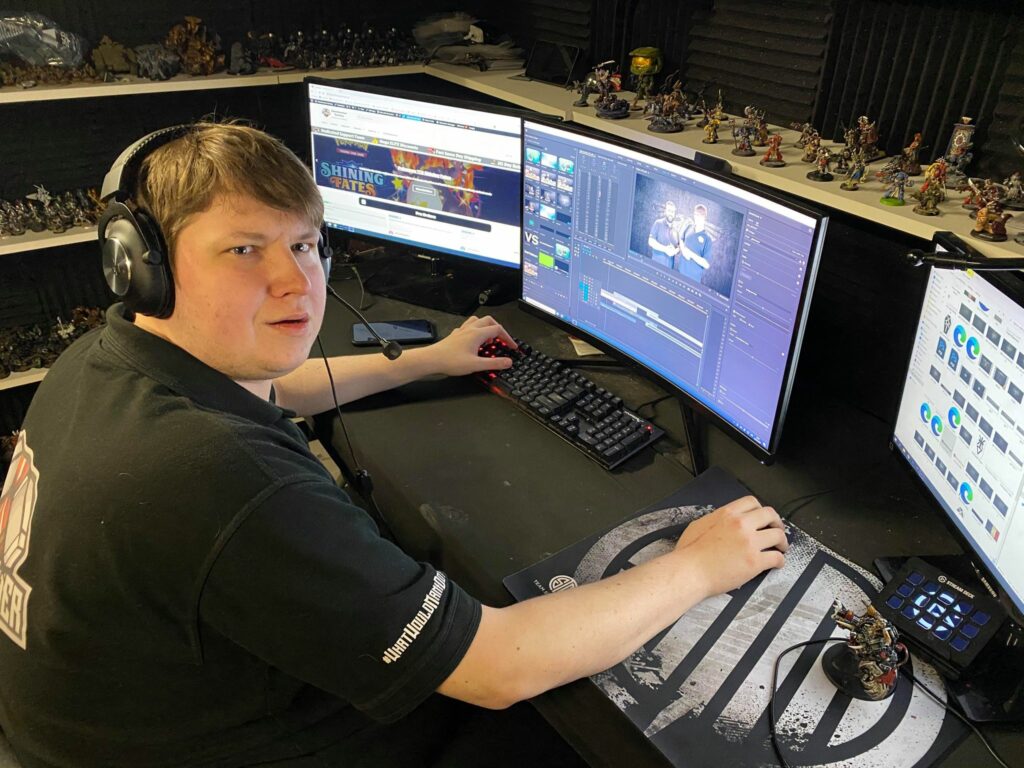 Look at that face, he’s obviously been caught doing something he shouldn’t be doing. Nope he’s actually hard at work editting this week’s
awesome Battle Report between Imperium and Chaos. It’s a great game so remember to set your alarms for 7pm GMT this Friday and don’t
miss all the action. Look in the bottom right corner, he has fallen in love with the Ghazhkhgull model and is carrying it around with him.
It’ll be funny when Mani steals him to use with the Orks and breaks Dawid’s heart. 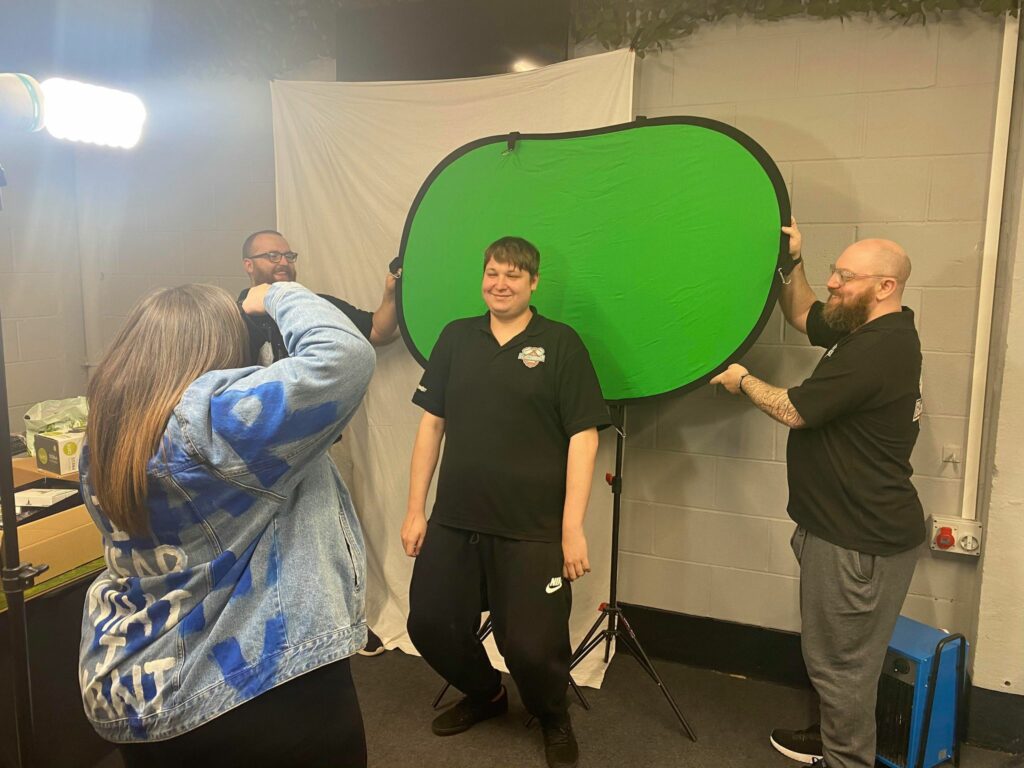 Dawid’s had some awesome new ideas on how to improve the stream skin for Thursday Night Fight and a few new features on the Battle Reports
which lead to us needing to take a few new pics of ourselves. As you can see because Dan and Si have diddy little arms, Dawid had to basically squat
to get into the picture. 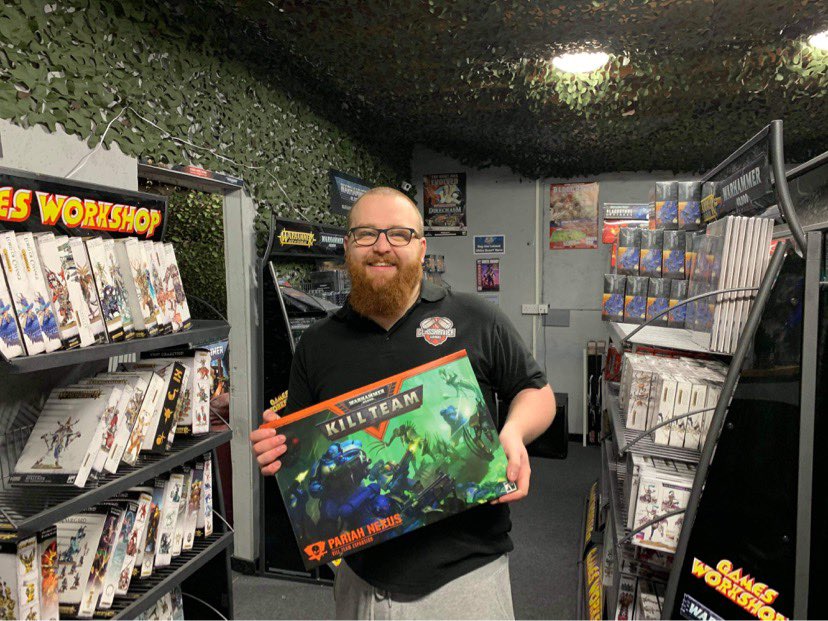 All our copies of Pariah Nexus have arrived in this weeks delivery and Dan has been waiting weeks for these, being a
Necron and Marine player he wants the models from both halves. 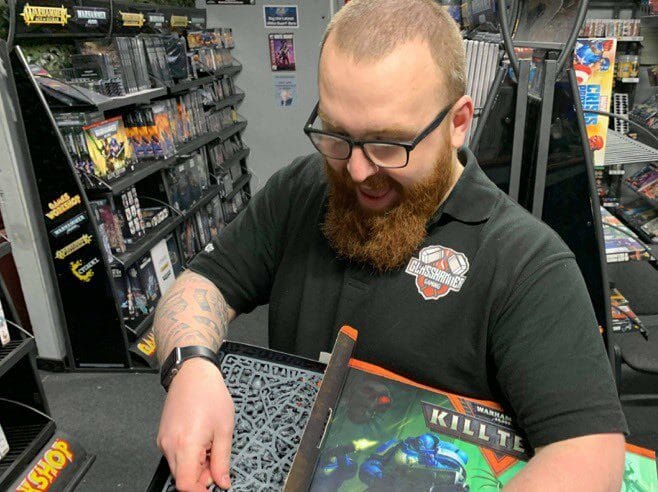 Look at the excitement on that ugly face, it’s hard to look at I know. Dan is a die hard fan of Flayed ones,
he thinks they are super cool and he has been waiting so patiently for them to get new models that he
can’t contain his emotions while unboxing them. And then….. 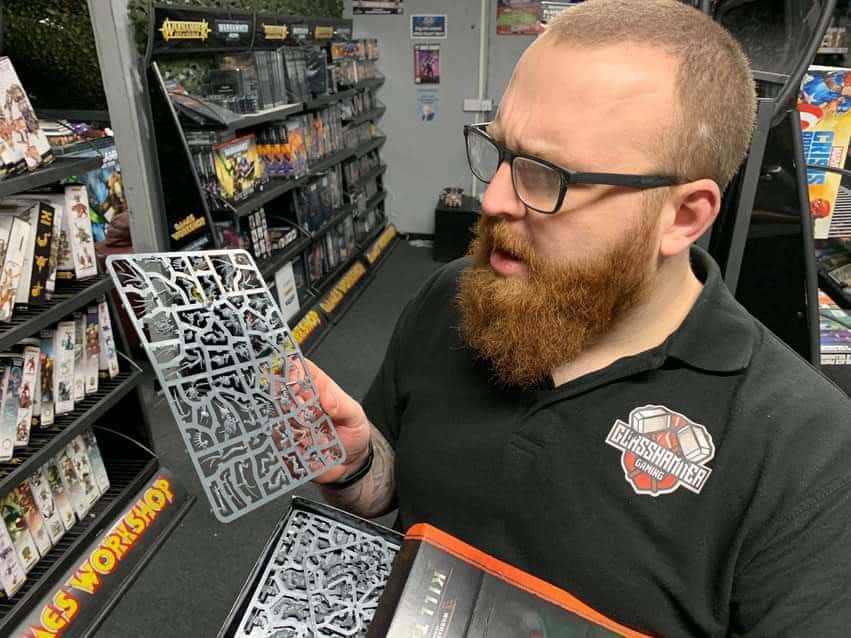 “How many bloody pieces” I believe were the first words out of his mouth when he actually saw the sprue for the Flayed Ones.
100 to 0 real quick, no more excitement on that face, the poor buggers got like 100 pieces to stick together to build 5 infantry :”) 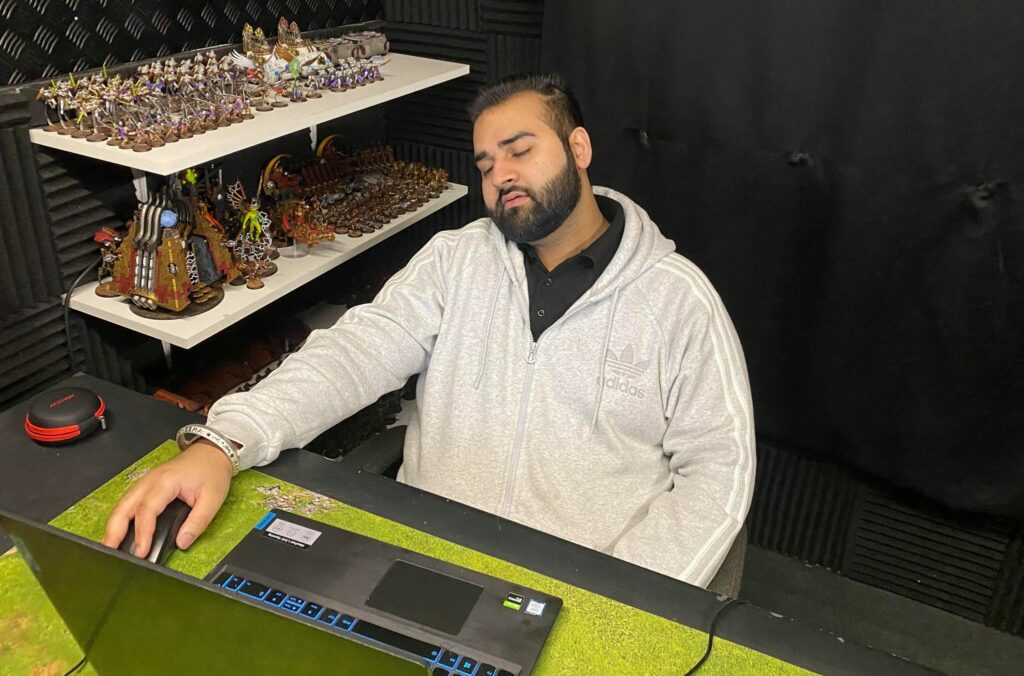 Look at this lazy git. “Mani is the post for tonight done?” no answer, of course there’s no answer because he’s out cold at his laptop.
Not like this is a daily occurrence at all, oh wait yes it bloody is.

That’s what’s been going on at the Glasshouse this week, what have you guys been up to?