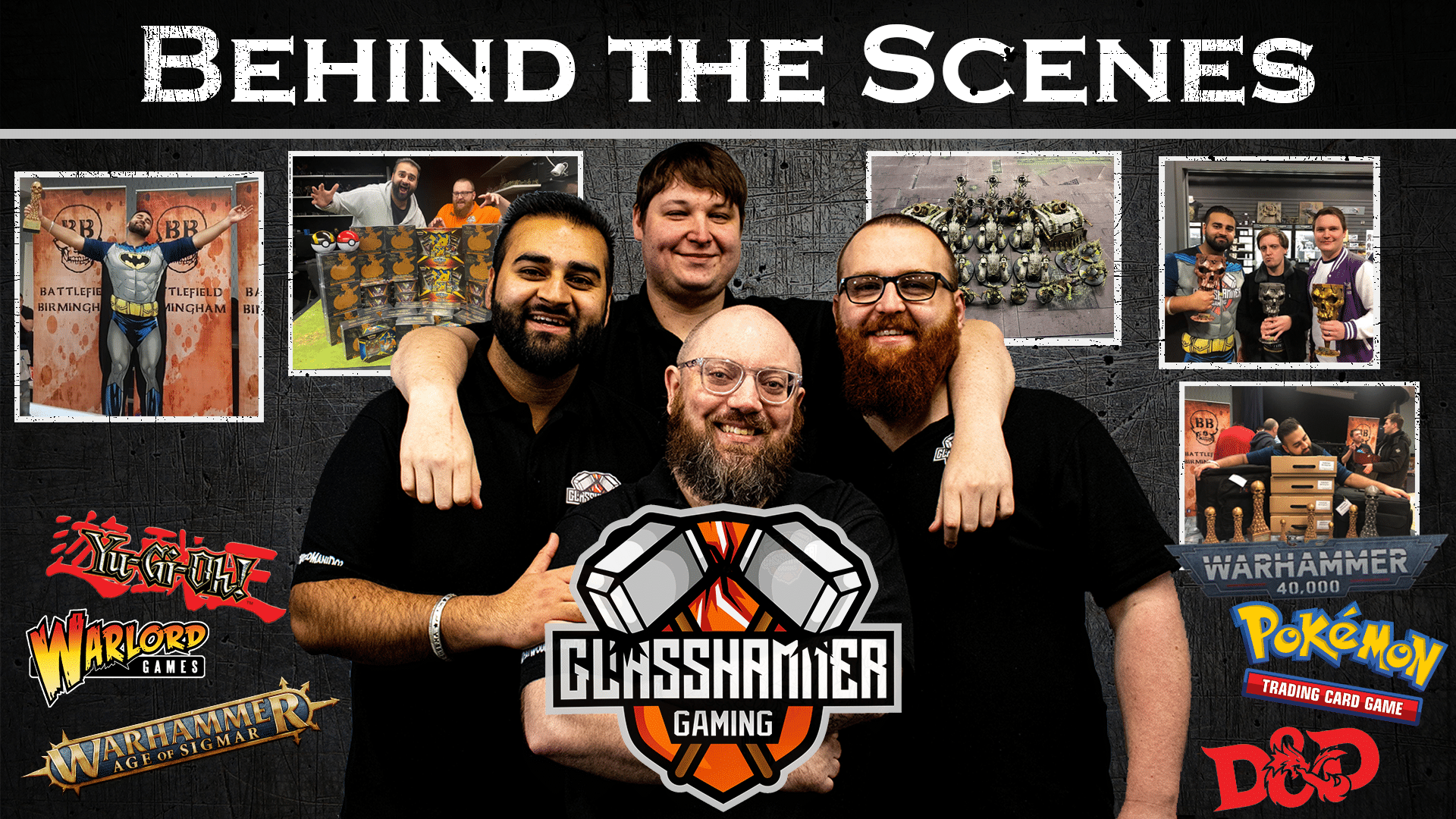 This week the team has been very busy, let’s see what they’ve been up to!! 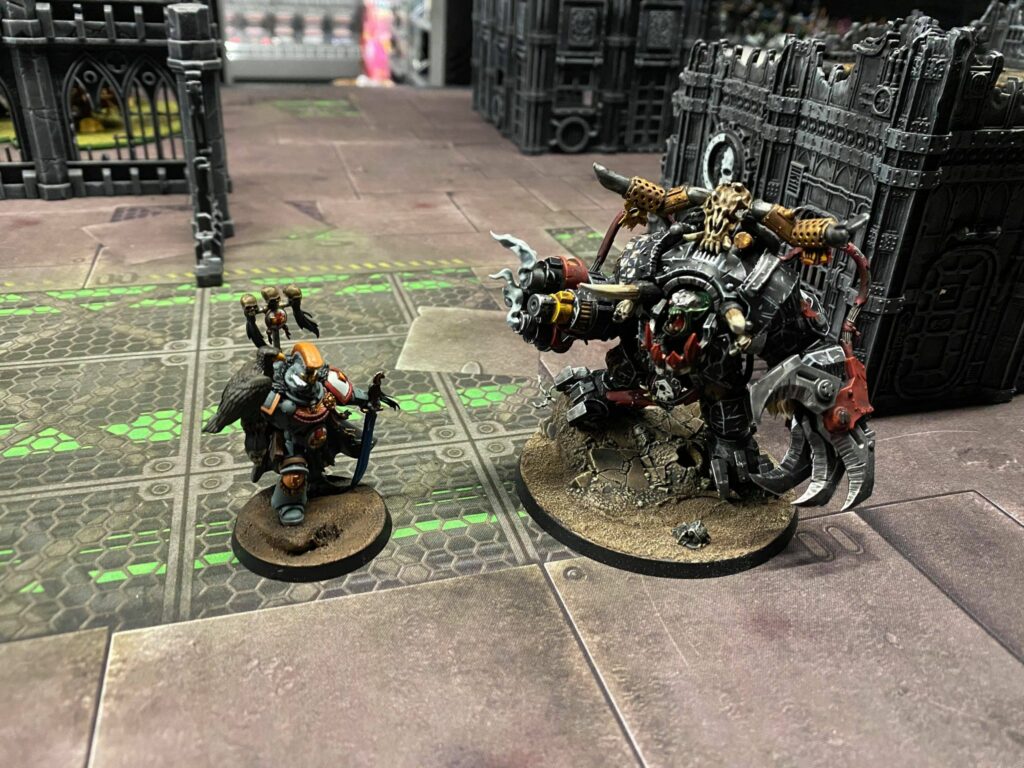 Dawid has finished painting up Ghaz and Dan’s White Scars so we just had to put them head to head. One of the coolest marine chapters against Ghazghkull and his Goffs. 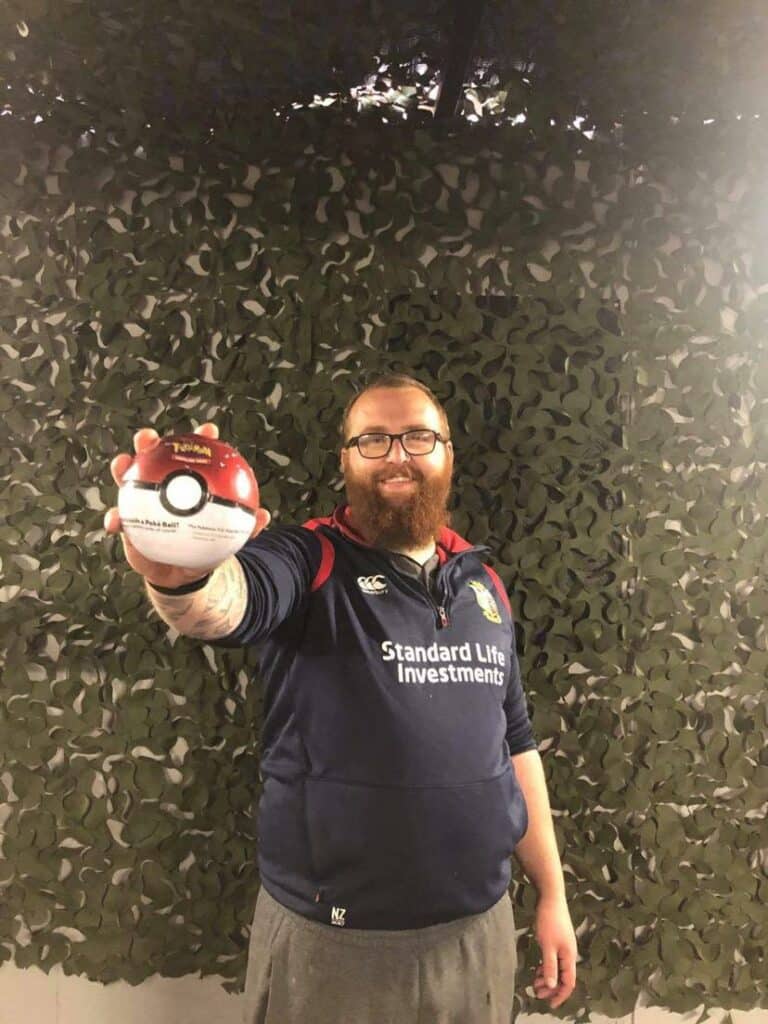 I have no words, this is the funniest and saddest thing i’ve seen in a long time!! Gash Bates :’) 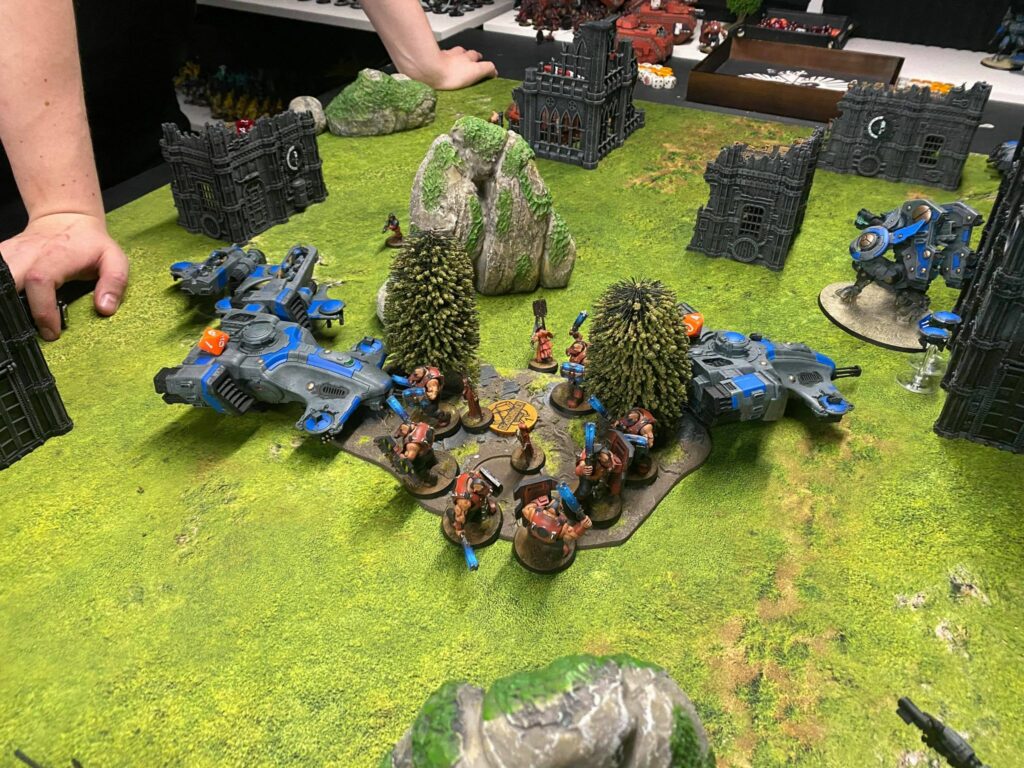 You all asked for it and we have delivered. You all wanted Mani to play Tau and as soon as they came back from our good friend Dale, we instantly subbed out next weeks battle report and filmed this one. Next Friday night at 7pm BST you will get to watch Mani’s Tau go head to head with Dawid’s Astra Militarum force. 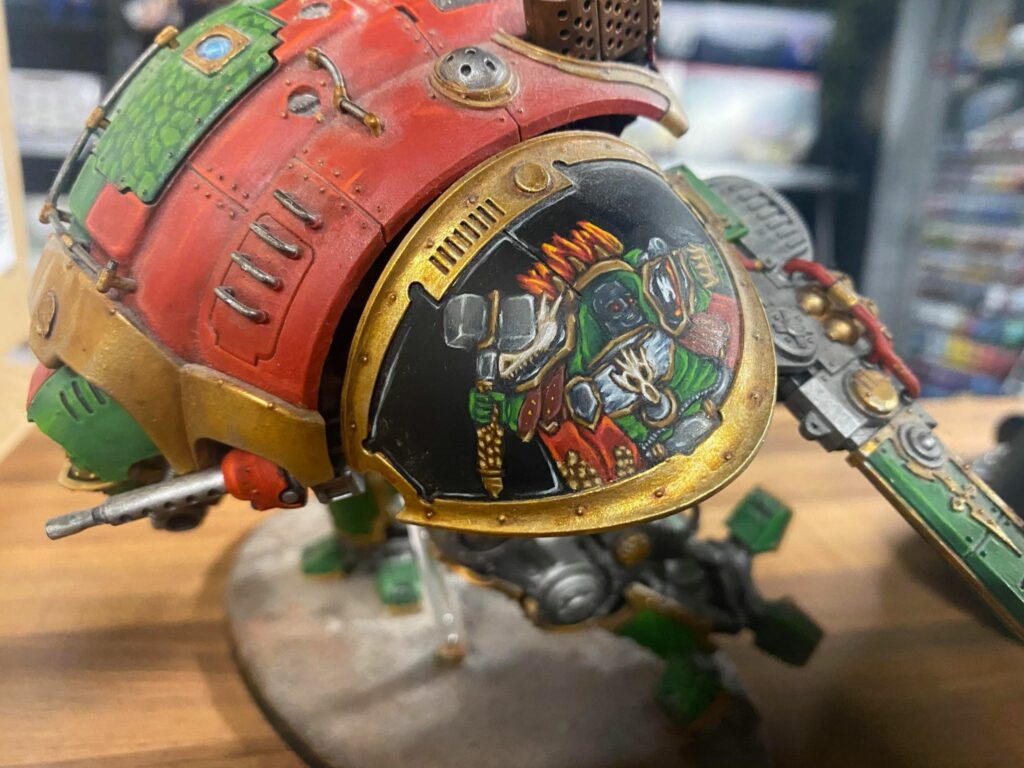 Some people have some crazy talent. I couldn’t believe this awesome free hand shoulder guard when i first saw it, this imperial knight was traded in and has gone straight into a display cabinet to be kept because we all instantly fell in love with it. 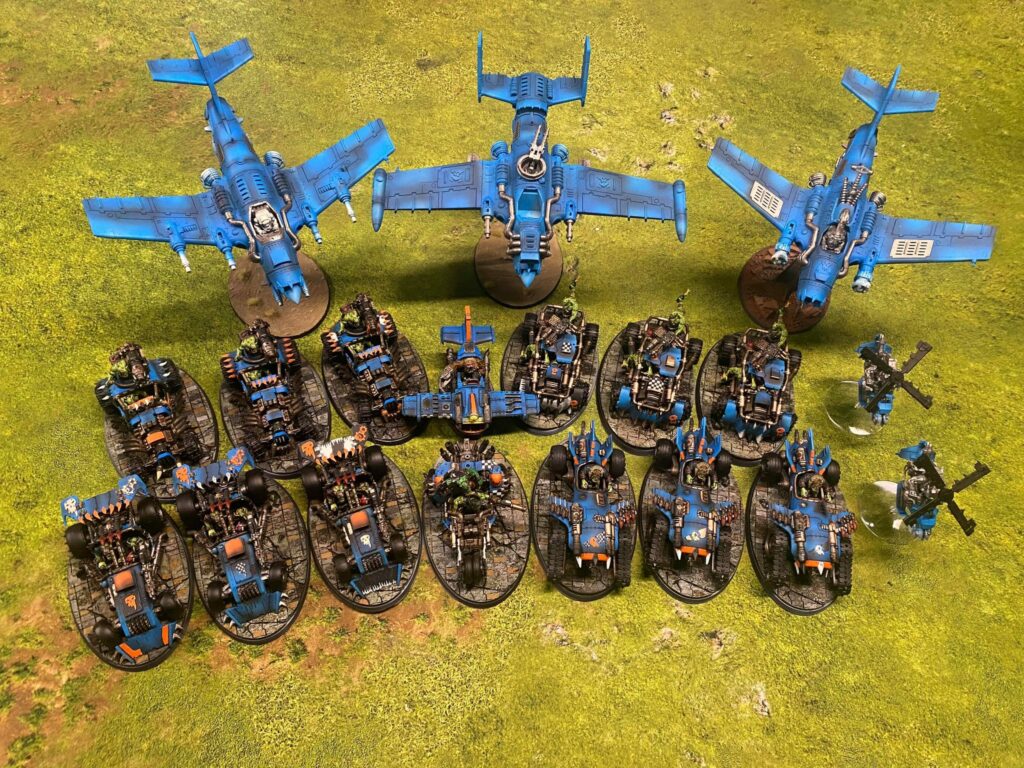 How bloody amazingly cool does Simon’s Ork army look!! He has spent ages on this with help from Gareth and they are looking incredible. If you want to see them in action tune in to Thursday Night Fight this week over on our Twitch channel where this army will be in action against Dan’s Eldar force. 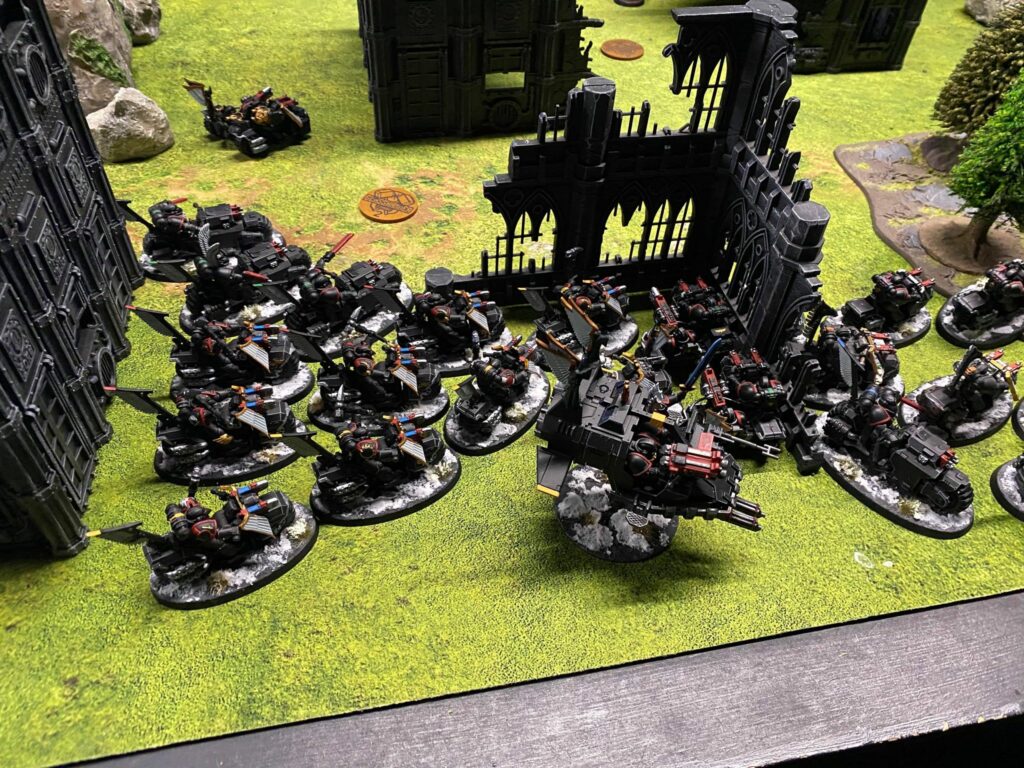 The Dark Angels have been passed on to Mani and we all know how much he loves all mounted armies from his 35 eel Idoneth army!! He got Dawid to paint him up a full Ravenwing army and it had a great game against Dan’s White Scars which was filmed today. If you want to see which Marine came out on top this day then keep your eyes peeled it will go up in a few weeks. 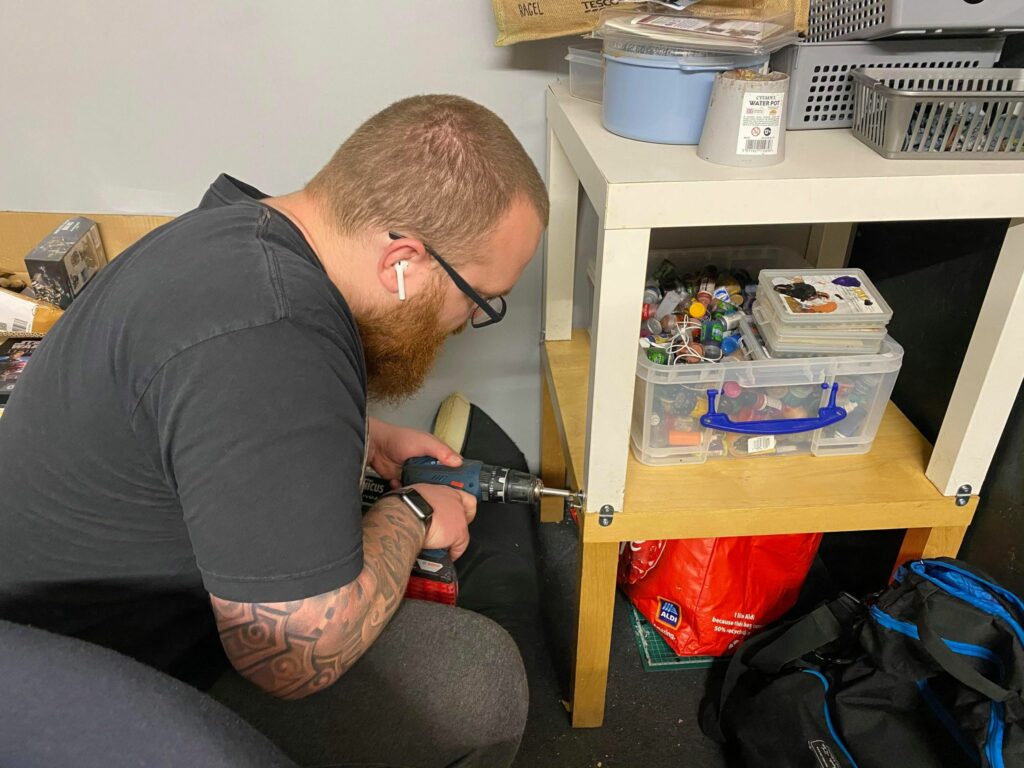 Dan has finally gotten fed up of Dawid leaving all of his hobby stuff everywhere around the store and decided to do something about it. In classic Dan style he got 1 table and drilled it on top of another table giving Dawid a double level storage section, some may say this orange ball of fat is a genius, what do you reckon!? 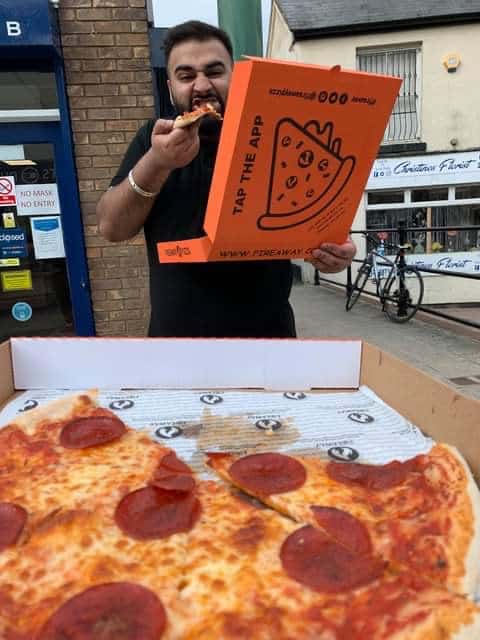 Usually this is where we place a picture of Dawid stuffing his face with some sort of food, but this week Mani went mental on this bloody pizza. My god, look at his face, scoffing it like he’s never had pizza before. DISGUSTING!!

That’s what the teams been up to this week, what have you guys been doing?