The Bren (or more accurately “universal”) carrier is possibly unique in all the armies of WW2. A small light weight armoured troop transport capable of carrying up to 6 men, it was used on every front the Commonwealth armies fought on – and even by the Russians via lease-lend and the Germans via captured examples! Their primary role was not recce as many think but simply as a transport to get troops right up to the fighting – and, if needs be, to fight from the carrier itself. Other roles included weapon carrier (3” mortar and Vickers medium machine gun) and towing AT guns as well as artillery observation vehicles.

Please Note:supplied unpainted and some preparatory work may be required as well as assembly. 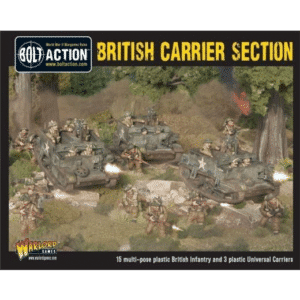