The Centurion tank began as a Cruiser type in 1943 but the design of the sloped armour elevated it to an infantry style tank. Further developments in technology, upgraded powerplant, upgraded main gun, added stabilizer all increased the performance of the tank until the MK III quickly became the main battle tank of the United Kingdom. The Centurion outclassed most other Allied armour of the Korean War in terms of firepower. It was far superior to the Korean/Chinese Soviet-made T34/85s. 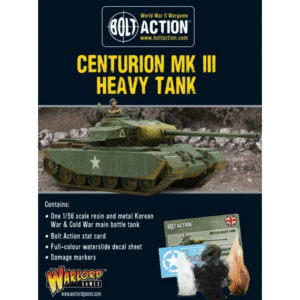