The most produced Cruiser tank of the European theatre was armed with a 75mmm gun and had a good cross country performance which made it more than a match for the vulnerable Panzer IV. Though it was still sadly outclassed by the German “Big Cats” Cromwells were used in the 7th armoured divisions and in the armoured recce regiments of the guards and the 11th armoured divisions. Normally a troop would comprise 3 Cromwells and a Firefly. 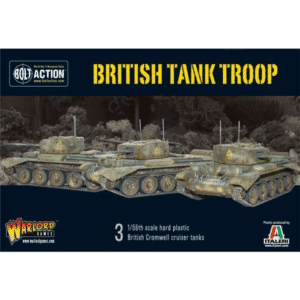