These highly trained and motivated elite troops were eager to take the war to ‘the Krauts’ and played a major part in defeating the German forces during WWII. They were ordinary American enlisted soldiers, but trained in aggressive and innovative tactics and superbly equipped to pack a real punch in the German lines and provide them with several victories during the war. Brilliantly highlighted in the superb TV series Band of Brothers, the US Airborne troops were always at the sharp end of the action and weren’t found wanting. 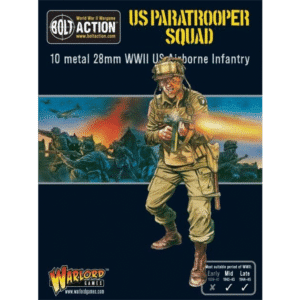 You're viewing: US Paratrooper Squad £11.99
Add to basket