• The other 2 Ultra Rares per pack (4 per box) are a new, colourful treat! For the first time ever, Duelists can get foil Ultra Rare cards with stamped card names in 3 different colours!

• Each box will also have 2 x 18-card Legendary Duelists: Season 1 booster packs, each with 3 Ultra Rares and 15 commons. 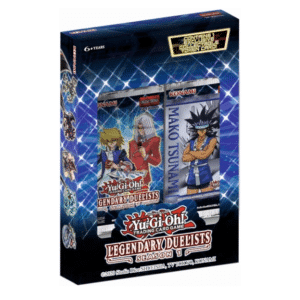